FOR ALL MANKIND renewed for a fourth season

Apple+'s alternate history SF series For All Mankind has been renewed for a fourth season. 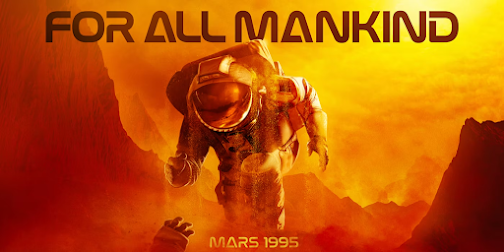 The series is based on the premise that the Russians beat the Americans to the Moon in 1969, triggering a far more intense space race than in reality, with the two countries racing to get the first space station in orbit and the first permanently-settled lunar base. The currently-airing third season takes the show into the mid-1990s, with the still-extant Soviet Union and United States competing to be the first to reach Mars, and having to content with surprise competition from a private space company.

The show is executive produced by Ronald D. Moore, Matt Wolpert and Ben Nedivi and stars (among many others) Joel Kinnaman, Shantel VanSanten, Jodi Balfour, Sonya Walger and Krys Marshall.

Season 4 will move the timeline into the 2000s. It's unclear what the story will be, but a likely focus is establishing the first permanent Mars colony and maybe even extending manned spaceflight to the moons of Jupiter.