HBO dishes the dirt on GAME OF THRONES spin-off ideas

In a wide-ranging article at The Hollywood Reporter, insiders at HBO have spoken for the first time about the various attempts to bring a Game of Thrones spin-off to the table. 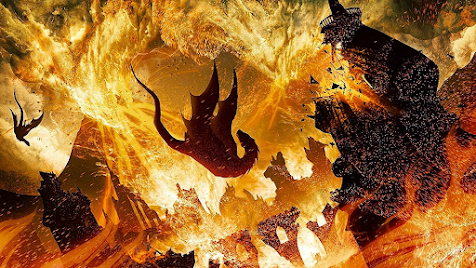 HBO reached a deal with Game of Thrones showrunners David Benioff and Dan Weiss in 2016 to end the show after eight seasons. Almost immediately HBO began exploring ideas for a spin-off, with an eagerness that surprised industry watchers.

HBO had never made a spin-off show to any of their series before. The closest they had come was around 2005 when a spin-off from The Wire, provisionally called The Hall and revolving around the character of Tommy Carcetti as he became Mayor of Baltimore, had gotten quite far into development before it was canned, and the resulting work was folded into the political storyline in Seasons 4 and 5 of the main show. A few years later HBO bought the rights to remake the BBC TV series I, Claudius and investigated turning it into a spin-off/sequel to its underrated historical drama, Rome, even using the same sets (which were, and still are, standing in a film studio outside Rome) and a similar format. HBO eventually broke their rule by producing two movie extensions to two of their most acclaimed series, Deadwood: The Movie (2019) and The Sopranos: The Many Saints of Newark (2021), but only after the Game of Thrones spin-off train had started moving.

George R.R. Martin himself came up with two ideas: The Tales of Dunk & Egg, based on his novellas about Ser Duncan the Tall and his squire, Egg, as they wandered the Seven Kingdoms about ninety years before the events of the main series. The novellas mix large-scale politics with much smaller-scale, "slice of life" adventure stories. Martin felt the juxtaposition with the vast scale and epic events of Game of Thrones was interesting. HBO agreed, but also felt that maybe adapting those novellas was aiming too small. Martin's other proposal was for a series called The Dance of the Dragons, about a civil war between two branches of the Targaryens when both sides were equipped with dragons. HBO liked that idea better, but felt conversely it was too similar to Game of Thrones itself. HBO, awkwardly, wanted something that captured the epic scale and politics of the original but was not so obviously related to it.

A number of other ideas were discussed, some of them pretty frivolous. One idea about a team of early heroes, including a warrior, a smith, a crone etc, who become the inspiration for the gods of the Seven Kingdoms was shot down pretty quickly. Other proposals were made, including (according to other rumours) for potential sequels to the main series revolving around popular characters, but Martin seemed largely unenthused by any ideas about sequels and these ideas were also limited by actor availability: many of the actors from Thrones, despite loving it, were only too happy to leave the brutal filming schedule behind to pursue other projects.

HBO eventually narrowed things down to five ideas: The Dance of the Dragons, with Carly Wray attached to write; a show about the Doom of Valyria with the alleged title Empire of Ash from Max Borenstein; a show about the warrior-queen Nymeria from Brian Helgeland; a show about the Long Night from Jane Goldman; and a series about Aegon the Conqueror from Rand Ravich and Far Shariat which would have revealed Aegon as a drunken lout (!).

During this development process Carly Wray decided not to pursue the Dance project, apparently feeling she wanted the series to start with the war kicking off whilst Martin wanted a slow-burn opening much like Thrones, with at least a full season preceding the start of the conflict. Bryan Cogman, who had penned some of Thrones' best-received episodes, was brought in to develop the idea further. However, HBO eventually put all of these other projects on hold to pursue the one that stood out to them: the Long Night project.

The show never had a final title, although The Longest Night was Martin's preferred one. Set five thousand years before the main series, the show would have expanded on the creation of the White Walkers and the advent of the Long Night, a generation-lasting winter in which Westeros was almost destroyed by hordes of undead invading from the far north. During this time Westeros is a patchwork quilt of primitive, Bronze Age-esque kingdoms, some so small you could ride across them in a day, and ill-prepared to withstand such an invasion. The show would have had to create human drama out of characters and ideas from the novels which are larger-than-life legends, like Lann the Clever and Bran the Builder.

HBO gave a pilot order and spent a reported $30-35 million on building sets and hiring a cast led by Naomi Watts and John Simm. The pilot episode, entitled Bloodmoon, was shot but HBO started having second thoughts. There'd been a change in leadership at the company and The Longest Night was seen as a gamble, being very different in tone and atmosphere to Thrones. There were also no dragons, and the epic scale may have been somewhat lost with smaller kingdoms and more primitive castles and towns. The Children of the Forest would also be major, ongoing characters, but they had made relatively little impact on the original show. Martin himself also seemed unsure about the project, as he had relatively little background material or notes about this period of Westerosi history, and was not able to readily or quickly answer lore questions from the writers.

More significant, although nobody at HBO has ever said this, is that the final season of Game of Thrones aired around this time and attracted controversial opinions about its ending. Although many aspects of the final season were criticised, the way the White Walkers were very quickly defeated in a single episode was particularly savaged by both fans and critics. Suddenly basing an entire series around the rise of the White Walkers and in which they were primary antagonists didn't seem like a great idea any more.

The Longest Night was cancelled, apparently a huge shock to the creative team who'd felt so confident about the project that they'd been already re-editing the pilot based on feedback and had started breaking the first season.

Almost immediately after this decision was made, HBO decided to go back to basics. They tapped Martin again and agreed that the Dance of Dragons project seemed like a better idea. Martin had already expanded his history of the Dance as part of an entire book about the Targaryens, Fire and Blood, which meant the production team would have hundreds of pages of source material to drawn upon. The dragons and the civil war in Westeros parts of Game of Thrones had been well-received, so doubling down on those elements seemed obvious. HBO and Martin were also able to quickly assemble a creative team who had their full confidence (Bryan Cogman having moved onto a deal at Amazon, acting as a creative consultant on their Lord of the Rings show before developing an original project). Ryan Condal, a friend of Martin's for around a decade and a proven showrunner from Colony (as well as getting a good rep for a Conan the Barbarian proposal he'd been shopping at Amazon), was tapped to develop the project whilst Game of Thrones super-director Miguel Sapochnik was also hired to work on the show (getting Sapochnik again was seen as a coup, as his work on Thrones had made him a hot property and he'd been somewhat reluctant to return).

Since House of the Dragon entered pre-production, HBO has gotten back into the Westeros business in a big way. They are now developing multiple new spin-off projects, including: 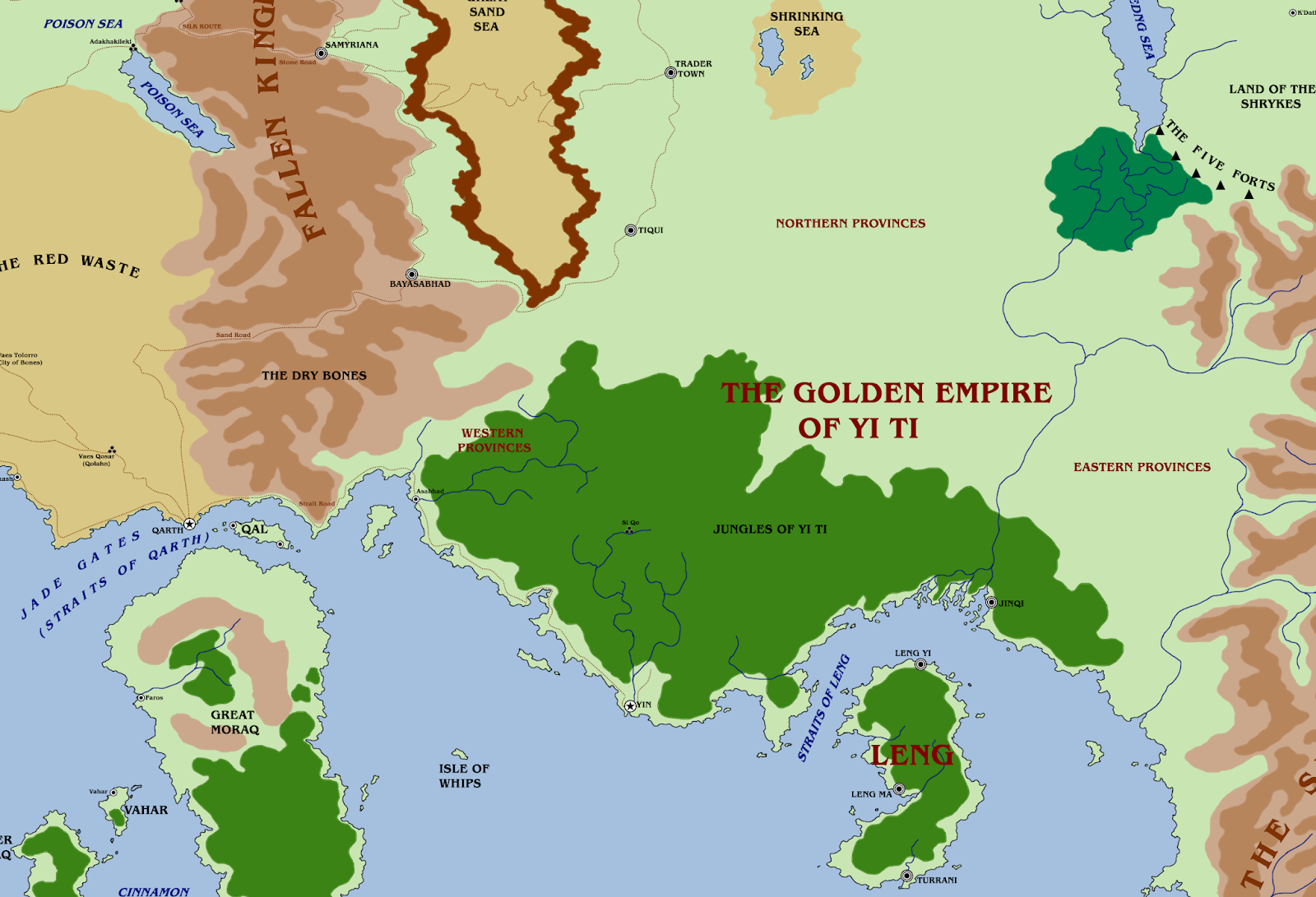 In addition to these, HBO also mulled over an idea called Flea Bottom, a peasant's eye view of great events from the poor quarter of King's Landing, possibly an expansion of an idea Martin himself mentioned several times called Spear Carriers, which would have adopted an alternative Rosencrantz and Guildenstern-style perspective of major events from minor POV characters. These ideas are currently on hold.

A lot is riding on the success of House of the Dragon, but it has assembled a top cast and crew and the project has Martin's approval. HBO may also be buoyed that despite repeated attempts by rivals, no true successor to Game of Thrones has emerged (Netflix's The Witcher may have come closest) in popular media. And it will be interesting to see if any of the other spin-off ideas make it to the screen.