In a surprise move but one that also kinda makes sense, Warner Brothers have appointed director James Gunn as the head of DC films, animation and television. Gunn will have complete control over the direction of the DC universe on screen, effectively becoming the counterpart of his boss at Marvel, Kevin Feige. Gunn will work alongside producer Peter Safran, with whom he previously collaborated on the Peacemaker TV series. 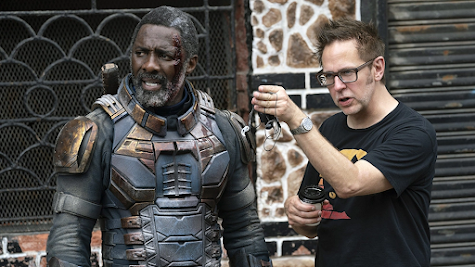 Gunn will handle creative development of the DC screen universe moving forwards, whilst Safran will handle business and production. Gunn will also complete his existing commitments for Marvel, including The Guardians of the Galaxy Holiday Special (which launches on Disney+ next month) and post-production on Guardians of the Galaxy Vol. 3 (which will hit cinemas on 5 May 2023).

Gunn established himself as a superhero player by directing Guardians of the Galaxy (2014) and Guardians of the Galaxy, Vol. 2 (2017) for Marvel. He also provided assistance and advice to the Russo Brothers on the use of the Guardians in Infinity War (2018) and Endgame (2019). He was then fired after Disney "discovered" seven-year-old inappropriate tweets, which Gunn had already discussed at length and apologised for in 2012. Marvel later reversed the decision after a public backlash. In the interim Gunn moved to DC to direct The Suicide Squad (2021), which was well-reviewed but a box office disappointment (due to opening during the COVID pandemic and being available on the same day on HBO Max). He then wrote all eight episodes of the first season of spin-off show Peacemaker and directed five of them, which were very well-received, before returning to Marvel to shoot Guardians of the Galaxy, Vol. 3.

Those expecting Gunn to completely blank slate the DC film universe and start afresh will likely be disappointed, with Henry Cavill confirming his return to the franchise as Superman just yesterday. It looks like Gunn will aim to "soft reboot" the franchise instead in the same manner as The Suicide Squad did to its predecessor, keeping those actors and characters who are popular and who worked but easing off on continuity references in favour of new stories.