George R.R. Martin confirms he was a HOMEWORLD player, confirming status as man of culture

In a wide-ranging interview with Stephen Colbert, George R.R. Martin has cited the original Homeworld as one of his favourite video games, confirming his status as a man of culture.

The original Homeworld was released in 1999 and was a real-time space strategy game, praised for its peerless atmosphere, graphics, music and genuine use of 3D space (allowing your ships to move up and down and attack from above or below the ecliptic; this was a big deal back then). It was followed by sequels Homeworld: Cataclysm (2000, recently retitled Emergence) and Homeworld 2 (2003), as well as prequel Homeworld: Deserts of Kharak (2016). Homeworld and Homeworld 2 were spruced up and re-released as Homeworld Remastered in 2015. The team are currently working on Homeworld 3 for release in early 2023.

Whether George has played any of the other games in the series is unknown.

GRRM also named Railroad Tycoon (1990) and Master of Orion (1993) as among his favourite video games. In other interviews he has cited Romance of the Three Kingdoms (1985), Sid Meier's Pirates (1987), Civilization (1991) and some games in the Total War series (2000-present) as titles he enjoyed playing. Martin notes that his addiction to Civilization and Railroad Tycoon may have cost him "a couple of novels" in the early 1990s and he stopped playing video games regularly in the early 2000s to focus on his books. He hasn't even played the hugely-acclaimed Elden Ring, the recent video game he provided backstory and lore for. 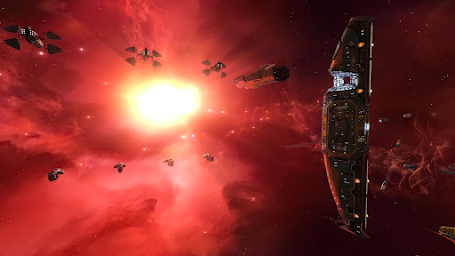 Various other SFF writers have reported having to manage their writing time and gaming time effectively. Iain Banks was so addicted to Civilization in the early 1990s that he had to remove the game from his hard disk and smash the disks so he could complete his in-progress Culture novel. Terry Pratchett was famously a huge fan of Lemmings (who make a cameo appearance in a Discworld novel), Tomb Raider (for which he once joke-planned a prequel called Tomb Stocker) and The Elder Scrolls IV: Oblivion, which he got so into that he even contributed some writing to a fan mod of the game. Contemporary writers like Joe Abercrombie regularly report on their video game habits and Brandon Sanderson recently ran a series of reports for his playthrough of the aforementioned Elden Ring.

Does this mean that GRRM should use his clout to get a Homeworld TV show made at HBO? Yes, clearly, it does.

I think it's old GRRM trivia, something he usually mentioned on the question of playing video games himself.