THE NEVERS cancelled at HBO

In not-entirely surprising news, HBO has cancelled its Victorian supernatural drama series The Nevers. However, it has more surprisingly made the move ahead of the broadcast of its second batch of episodes. 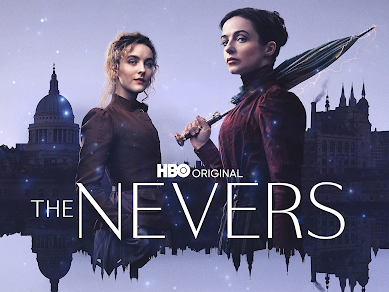 The Nevers was created by Joss Whedon and was in development at HBO for some considerable time before it entered production in 2019. However, its development and production were overshadowed by accusations of bullying and unpleasant behaviour by Joss Whedon on the set of the film Justice League (2017), for which Whedon oversaw extensive reshoots. Warner Brothers initially sided with Whedon, but this became less tenable as more actors came forwards with stories of improper behaviour. Whedon abruptly resigned from working on The Nevers after principle photography on the first half of the first season (hugely complicated by the COVID pandemic) was completed but before it was edited.

The first half of the first season aired in May 2021 to a generally positive critical response, although again it was overshadowed by a second wave of allegations about Whedon, this time stemming from his work on Buffy the Vampire Slayer and Angel from 1996 to 2004, where again he was accused of bullying and toxic behaviour.

The critical and commercial reception to The Nevers - the show enjoyed reasonable first-season ratings on HBO - meant that HBO did undertake a salvage operation on the series, appointing Philippa Goslett as the new showrunner and teeing up ideas for a second full season. It appears that the original plan was to let the second half of the season air and then see if it had legs to go on without Whedon's influence. However, the recent merger of Warner Brothers and Discovery has led to many shows, some of them bigger than The Nevers, being cancelled for finance and business reasons rather than popularity ones. It's somewhat unsurprising that The Nevers was deemed much more expendable in this new environment.

Production of the second batch of episodes was fully completed and apparently news of the cancellation came early enough that they were able to craft the season finale into a full series finale. The second batch of episodes should air in 2023, although it's not entirely clear where: the existing episodes have been pulled from HBO Max (alongside those of Westworld). It looks like the episodes may resurface as part of the new ad-supported streaming service that Warner Brothers is reportedly developing.

If you can't actually watch all the HBO shows on HBO max, that is a service that may just as well not exists as far as I'm concerned. What an abysmally poor decision if they are going to start randomly pulling shows and forcing you to sit through ads to see them.