Multiple cast and crew who worked on the television series Buffy the Vampire Slayer and its spin-off series, Angel, have spoken out against showrunner/creator Joss Whedon, claiming he created a toxic and bullying atmosphere on set. 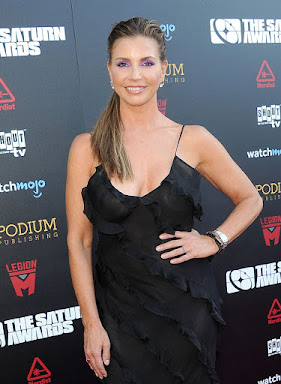 Charisma Carpenter, who played Cordelia Chase on three seasons of Buffy and the first four seasons of Angel, made the first statement earlier today, stating that Whedon threatened to fire her as a joke and made unflattering statements about her figure and personal appearance, including after she became pregnant in the fourth season of Angel. Carpenter had previously complained that Whedon had effectively fired her from Angel after she became pregnant with no discussion of finding ways of incorporating her pregnancy and allowing her to remain on the show, and Whedon resented her for forcing him to change his storyline for the series. She was killed off during a one-off appearance in Season 5 after being promised that she would not, in fact, be killed off.

Carpenter's statement was quickly picked up and boosted by Amber Benson, who played Tara in Seasons 4-6 of Buffy. Benson confirmed that the show had a toxic atmosphere as a result of Whedon's personality and bullying tactics.

The show's star, Sara Michelle Gellar, then made a brief Instagram statement in which she said she'd forever be proud to have her name associated with that of Buffy the Vampire Slayer, but not that of Joss Whedon.

Michelle Trachtenberg, who played Dawn Summers in Seasons 5-7 of Buffy, has also offered her support and said that Whedon's behaviour was "inappropriate." She later amended her statement to say that Whedon was not allowed to be alone with her in the same room during filming on Buffy.

Clare Kramer, who played the villainous Glory in Season 5 of Buffy, also offered her support for these reports.

The statements come after a year of allegations that Joss Whedon bullied and belittled actor Ray Fisher on the set of the 2017 movie Justice League (an allegation supported by co-star Jason Momoa). Wonder Woman actress Gal Gadot also reported some difficulties in working with Whedon. Buffy actor James Marsters, who played Spike on both Buffy and Angel and was briefly involved in developing a spin-off series, last year recounted Whedon reacting badly to Spike's popularity, feeling that he had to keep Spike on the show rather than facing a fan backlash and reacting poorly to the situation (at one point grabbing the actor and telling him that he was "dead").

Buffy stunt actor and coordinator Jeff Pruitt also reported last year that Whedon had started off the show well, but by Season 4 had become an "egomaniac" due to the success of the series and had resorted to bullying cast and crewmembers, even interfering in Pruitt's relationship with stuntwoman Sophia Crawford, which led to him quitting at the end of that season and Crawford the following season.

In 2017, Whedon's ex-wife Kai Cole posted an article claiming that Whedon was unfaithful to her with several actresses from his shows and was mentally abusive to her in the process. Whedon's representatives did not dispute this point.

Whedon's most recent project was a new TV series for HBO, called The Nevers. Work had been completed on the first six episodes of the series, which HBO is showing in April, but Whedon quit the show last November. A second batch of four to six episodes (delayed by the COVID pandemic) is progressing with replacement showrunner Philippa Goslett in charge.

It was reported last year that Whedon was in talks to rejoin the Marvel Cinematic Universe, which he'd quit following a falling-out with Marvel head honcho Isaac Perlmutter over the film Avengers: Age of Ultron. With Perlmutter removed from any responsibility for the films in favour of MCU producer Kevin Feige, Whedon was reportedly interested in stepping back into a role. However, one imagines this is now highly unlikely to happen.

This is potentially a developing story, and more if it emerges.

UPDATE: Anthony Stewart Head, who played Giles on all seven seasons of Buffy the Vampire Slayer, notes that he did not see any inappropriate behaviour on set but is fully supportive of the actors coming forwards. He notes that he was already a very experienced and relatively famous actor when he appeared in the show, so the power dynamics he had with Whedon were very different, and if he'd been aware of inappropriate behaviour he would have spoken out at the time.

Actor James C. Leary, who played the recurring role of Clem in the last three seasons of Buffy, has also voiced his support for those coming forwards.

Eliza Dushku, who played Faith in twenty episodes of Buffy and six of Angel, has voiced her support as well.

J. August Richards, who played Gunn in Seasons 2-5 of Angel and in a guest role in Season 1, has also spoken of his support for Charisma Carpenter.

James Marsters, who played Spike in Seasons 2 and 4-7 of Buffy and Season 5 of Angel, has added his support. He had previously reported unpleasant interactions with Whedon during the making of Buffy, particularly Whedon's anger over how popular Spike was and how he felt that interfered with his storytelling.

Marti Noxon, who was effectively the showrunner of Buffy the Vampire Slayer after Whedon stepped back to oversee Angel and Firefly as well, has also voiced her support.

Jose Molina, who worked as a writer and script editor on Firefly, alleges that Whedon liked to boast about bullying women in the workplace, in particular taking joy in making a female writer "cry twice in one meeting."

Adam Busch, who played Warren in Seasons 5 and 6 of Buffy the Vampire Slayer, has added his support to Charisma Carpenter.

Emma Caulfield, who played Anya on Seasons 3-7 of Buffy (and is currently playing Dottie on WandaVision), has also voiced her support.

David Boreanaz, who played Angel on the first three seasons of Buffy (and recurring in later seasons) and was the star of the spin-off show, has also offered his support to Charisma Carpenter.

Amy Acker, who played Fred on Angel and Whiskey on Whedon's later show Dollhouse, has offered her support as well.