Netflix has greenlit a TV series based on Brian Jacques' Redwall series of animal fantasies. 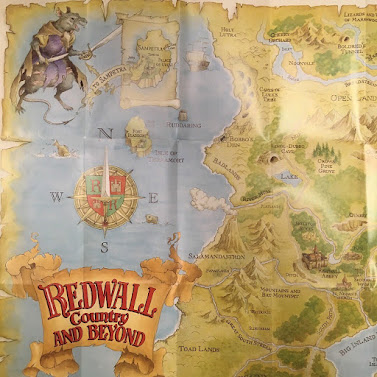 The Redwall series comprises twenty-two novels published between 1986 and 2011. The novels depict the adventures of animals living in Redwall Abbey and the surrounding regions of Mossflower Wood (some of the novels range further afield). The novels take place at widely different time periods in the history of Redwall, meaning that there is no recurring or regular cast. The closest is a prequel trilogy (Lord Brocktree, Martin the Warrior and Mossflower) which does focus on a continuing protagonist, the mouse warrior Martin. The books have sold over 30 million copies to date.
Netflix's series will be animated and will start with a feature-length movie before spinning off a Martin-centric TV series.
Posted by Adam Whitehead at 15:21

I've read only the first Redwall book, and figured it as some kind of poor man's Watership Down. Unlike Richard Adams' rabbit, Brian Jacques' mice and rats behaved entirely like humans (except for the intro scene where a runaway horse cart held a thousand rats), so there never really was a reason for the characters to be animals in the first place.

If memory serves, the first book was also rather shockingly brutal in its violence and aggression, naïve hero worship nonwithstanding, which makes me wonder what the MPA rating of the series/movie will be.