News has sadly broken that veteran Canadian actor Christopher Plummer has passed away at the age of 91. 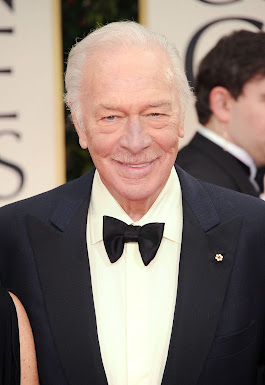 Born in Toronto in 1929, Plummer did not attend college or acting school, and was recruited into the Montreal Repertory Theatre straight out of high school. He spent several years working in theatre before making his screen debut in a 1953 television version of Othello, alongside Lorne Greene. The same year he appeared on American television via the TV anthology series Studio One. Regular appearances on Canadian and American television followed, before his film debut in Stage Struck (1958). In the 1960s he set up a new home in London and expanded his appearances to British film, television and stage.

In 1965 Plummer starred in his most famous role, that of Captain Georg von Trapp in the musical The Sound of Music. The film became an enormous hit, holding the title of the highest-grossing movie of all time (previously held by Gone with the Wind) between 1966 and 1971. Plummer had an uneasy relationship with the fame the film brought him for many years, and was especially furious when he discovered his singing was to be dubbed over in the film. However, he later made peace with film and came to appreciate the many other doors it opened for him.

In 1991 he played one of his most memorable genre turns, appearing as the Klingon-quoting General Chang in Star Trek VI: The Undiscovered Country (and reprising the role in the 2000 video game, Klingon Academy). Plummer had been a friend of William Shatner (Captain Kirk) for some considerable time, since they were in the theatre together. Shatner credited his first big break came from being Plummer's understudy and getting plaudits for taking over the role when Plummer fell ill. Their friendship was explored in the documentary film, The Captains (2011).

Later film roles included A Beautiful Mind (2001), Alexander (2004), Syriana (2005), The New World (2005), Up (2009) and The Last Time (2009). In the latter, playing Leo Tolstoy, he won his first Academy Award nomination but lost to Christoph Waltz. He was nominated again two years later for Beginners (2011), this time winning. He noted in his victory speech that award itself was only two years older than him. A third nomination followed for All the Money in the World (2017), where Plummer was uniquely cast to play J. Paul Getty only after filming was completed; original actor Kevin Spacey had been cut from the film for sexual impropriety and Plummer had to re-shoot all of Spacey's scenes from scratch at considerable expense.

Plummer also appeared in video games, narrating The Long Dark (2017) and voicing the character of Arngeir in The Elder Scrolls V: Skyrim (2011).

Plummer is survived by his third wife, Elaine Taylor, and his only child, the actress Amanda Plummer. An actor of the highest calibre, he will be missed.

They may not be his most renowned or award-winning roles but, to me, he'll always be...

A great actor across so many generations. I only recently saw The Sound of Music for the first time and absolutely loved it. He will always be General Chang to me, though.