Lucasfilm has parted ways with actress Gina Carano, who had played New Republic soldier Cara Dune in The Mandalorian and was poised for further appearances in the franchise. 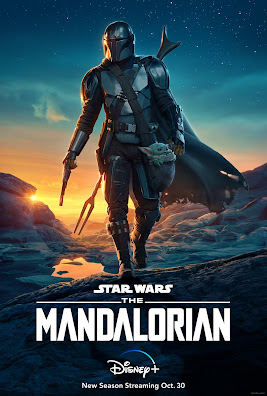 The decision was made after Carano made social media posts mocking the Holocaust by comparing the "challenges" faced by conservative supporters in the USA to the fate of millions of people murdered by fascists in the Second World War. Carano quickly seemed to realise the error of her post by deleting the material, but too late.
Carano had faced previous criticism for her support for unsubstantiated conspiracy theories and social media posts mocking minorities, but had Disney's support after post some apologies and clarifications. However, the latest incident seems to be the straw that broke the camel's back.
Carano rose to fame as a mixed martial artist in the mid and late 2000s. She started acting in 2008, with video and voice appearances as Natasha in the video game Red Alert 3, and gained international fame for her performances in Fast & Furious 6 (2013) and Deadpool (2016). She starred in seven episodes of The Mandalorian and was reportedly being considered for return appearances in the show and possibly a larger role in the in-development spin-off, Rangers of the New Republic. Those projects will now continue without her involvement.
Posted by Adam Whitehead at 14:35

It is pretty unfair to say she was mocking the Holocaust. This was her comment:

"Jews were beaten in the streets, not by Nazi soldiers but by their neighbors…. even by children.

Because history is edited, most people today don't realize that to get to the point where Nazi soldiers could easily round up thousands of Jews, the government first made their own neighbors hate them simply for being Jews. How is that any different from hating someone for their political views?"