The third Spider-Man film in the Marvel Cinematic Universe - after Spider-Man: Homecoming (2017) and Far From Home (2019) - has gotten a name and new release date. Spider-Man: No Way Home will be released on 17 December 2021. 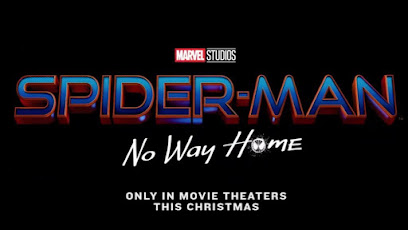 The movie is the fourth MCU film expected to be released this year, with Black Widow currently scheduled to open on 7 May, Shang-Chi and the Legend of the Five Rings on 9 July and Eternals on 5 November. However, the release schedule remains fluid because of the ongoing COVID-19 pandemic; Black Widow's release date is particularly challenging because several countries (most notably the UK) will still have lockdown measures in place preventing cinemas from running at that time. Marvel already has five more films scheduled for 2022: Doctor Strange in the Multiverse of Madness (25 March), Thor: Love and Thunder (6 May), Black Panther II (8 July), Captain Marvel 2 (11 November) and potentially Ant-Man and the Wasp: Quantumania. So far only Guardians of the Galaxy Vol. 3 is scheduled for 2023.

There is some speculation that this film might be the swansong of Tom Holland as Spider-Man in the MCU; Sony and Marvel got into a contract dispute before filming commenced, and although it was resolved, it is unclear what the terms were. Tellingly, director Jon Watts will move on from working on No Way Home to a Fantastic Four reboot in the MCU, currently tentatively scheduled for 2023. However, it might that Holland will continue in the role in future films made by Sony. There are also reports that the Sony/Marvel deal for No Way Home also included an appearance in one other MCU film, which hasn't happened so far.