Publisher Electronic Arts has called time on the development of multiplayer shooter Anthem two years after its troubled release. 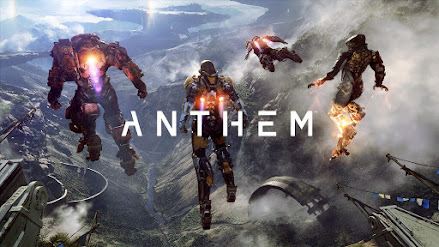 Anthem is a multiplayer action game with roleplaying elements, developed by EA's subsidiary BioWare. It was BioWare's first new IP since the launch of Dragon Age in 2009. The game looked promising in development, but was released with a relative dearth of content and the feeling that the game was chasing the lucrative model established by other online shooters such as Destiny and The Division. The game's development was famously troubled, with problems revolving around the use of the Frostbite Engine and a high turnover in creative staff, resulting in constant rethinks in direction and focus.

The game launched to a mediocre reception and sales. The development team planned a post-release schedule of development, hoping to win back fans after the fact in a similar manner to games such as No Man's Sky and Fallout 76, which launched in a poor state but won back fans after a constant improvements and revamps. However, the game's initial set of updates did not achieve this goal.

In late 2020, the team planned to relaunch the game as Anthem Next, with a top-down revamp of the game's features that would dramatically expand elements such as the story and lore and add a lot of new content. However, this new approach would require a hefty investment, with no guarantee that people would be drawn to playing the game.

EA and BioWare's announcement today indicates that they had little confidence a major comeback could be achieved, so have cancelled those plans. Anthem will remain as it is for the foreseeable future with no further work being done on it, with the team moving to help with the development of Mass Effect 5 and Dragon Age IV.

Wouldn't Dragon Age Be the last new IP for BioWare before Anthem? It launched in 2009.

Yeah, that's correct. For some reason I had Mass Effect on my brain.