Pedro Pascal joins THE LAST OF US TV series as Joel

Following yesterday's announcement that the Last of Us TV series had found its Ellie in former Game of Thrones actress Bella Ramsey, HBO has completed the main cast of the show with hot actor-of-the-moment Pedro Pascal. Pascal will play Joel, the male lead of the franchise. 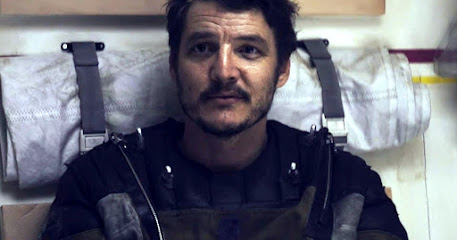 Pascal rose to fame playing Prince Oberyn Martell, also in Game of Thrones (though he left the show long before Ramsey joined), and DEA agent Javier Peña in Netflix's Narcos. His film appearances include Kingsman: The Golden Circle (2017) and Wonder Woman 1984 (2020). Since 2019 he has starred as the main character in Disney+'s Star Wars: The Mandalorian. It has been confirmed that he will continue to star in The Mandalorian, with HBO and Disney working out a schedule to accommodate him.
The Last of Us Season 1 is in pre-production at HBO and should start shooting in the coming weeks for a 2022 debut. Season 3 of The Mandalorian should start shooting afterwards for a mid-to-late 2022 bow; the show has been pushed back in the schedule to accommodate a spin-off show, The Book of Boba Fett, which will take over its late 2021 airing slot.
Posted by Adam Whitehead at 14:48

Email ThisBlogThis!Share to TwitterShare to FacebookShare to Pinterest
Labels: hbo, pedro pascal, the last of us, the mandalorian