HBO have given a straight-to-series order for a new Joss Whedon project called The Nevers. Like much of Whedon's output, the series will focus on a strong central cast of female characters (presumably the Nevers of the title), this time who develop unusual powers in Victorian England. Mayhem results as various forces try to get their hands on these women and their abilities. 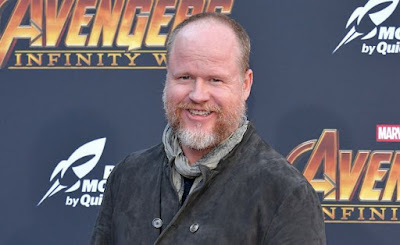 Dubbing it his "most ambitious narrative yet," the series will mark Whedon's first foray into television as a showrunner since Dollhouse in 2009, although he has since executive produced and directed his brother Jed's show Agents of SHIELD and worked as a director and writer on individual episodes of shows such as The Office.

Whedon is, of course, best-known for creating, writing and directing Buffy the Vampire Slayer, the hit 1997-2003 fantasy show. This spawned a successful spin-off, Angel (which ran for five seasons), before he wrote and produced Firefly, a space opera show which founded a fevered cult following but only a small audience. It was cancelled after just 14 episodes were made. Despite vowing never to work with Fox Television again, he was later lured back to make a show called Dollhouse, which likewise was cancelled prematurely, although this time after at least making it to two seasons.

Whedon began working in film in the 1990s, working as a writer and script doctor on such movies as Toy Story, Twister, Speed and Alien: Resurrection. In 2005 he wrote and directed Serenity, a film sequel to the Firefly TV series, and in 2008 he made Doctor Horrible's Sing-Along Blog, a musical comedy. He then joined the Marvel Cinematic Universe's creative team, initially as an advisor but then as writer and director on The Avengers (2012) and The Avengers: Age of Ultron (2015). Expressing dissatisfaction with Marvel's creative interference in the latter project, he decamped to rivals DC, where he stepped in at short notice to complete the filming of Justice League when Zack Snyder had to drop out before filming was complete to deal with a family tragedy. Whedon was developing a Batgirl film script before concluding it wasn't going the way he wanted and leaving the company.

Last year, Whedon was rocked by a personal scandal when his ex-wife accused him of carrying out multiple affairs with younger female castmembers on several of his shows. Whedon has downplayed the allegations via legal representation, but the news shocked his fanbase who had previously praised him for his depiction of female empowerment in his media. The biggest Whedon fansite shut down in the wake of the allegations and his fans have been divided ever since.

It's been speculated for some time that Whedon would find a better home for his projects on cable TV, with him blaming network interference for problems on most of his projects. In particular, Whedon struggled with Fox's restrictions in dealing with more challenging material on Dollhouse and the network airing Firefly out of order and with insufficient advertising. HBO should give Whedon a lot more freedom to develop the project according to his own wishes.

The news also sees HBO doubling down on genre content, with Damon Lindelof's Watchmen pilot recently completed and expected to go to series, a third season of Westworld ordered, J.J. Abrams producing a new SF show called Demimonde and Jordan Peele developing Lovecraft Country. Game of Thrones will also air its final season next spring, with two spin-off in active development, one of which has already been ordered to pilot.
Posted by Adam Whitehead at 21:13

That sounds very promising. I have't been following the controversy around him, but I hope the allegations aren't true. If they aren he deserves whatever consequences come his way.

Regardless, I will remain a fan of his work. If you have to be a fan of the person behind a work to appreciate it, a hell of a lot of art would be off limits.

Did you catch this story about HBO?


I hope AT&T isn't insane enough to go through with that and slaughter the goose they just bought. Greenlighting a new JW series doesn't sound the actions of a company that's going to switch gears to making video shorts for smartphones. That's the only mention I've seen of it, so I'm beginning to be pretty skeptical that any major shift is really underway at HBO.

That's good, way more interesting than another marvel-borefest, where they never learn from their previous mistakes anyway, but dig deeper into them more and more...