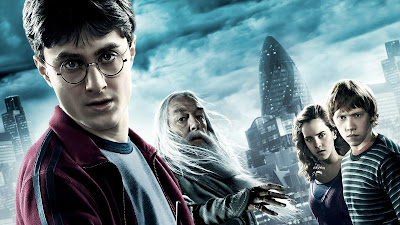 Harry Potter is the biggest-selling novel series of the past twenty years. More than 600 million copies of the seven-volume sequence have been sold and the nine movies set in the same world have grossed over $9 billion (with a tenth due for release this year). The series is a huge crossover success, attracting both young and adult readers, and its characters, terminology and storylines have entered the popular consciousness.

One question that arises occasionally is to do with the genre of the series. The field of epic fantasy has boomed in popularity in the last twenty years, driven by the success of the Lord of the Rings movies and, more recently, the Game of Thrones TV series (both based on huge-selling novel series). It is therefore interesting, if ultimately unimportant, to ask the question, is Harry Potter an epic fantasy? If not, what genre is it in?

I asked this question previously in 2011 and this generateda lot of discussion (lots of excellent points in the comments as well), but I hadn’t fully caught up with either the books or films at that point. Now that I have done so with the films, it seemed an interesting idea to revisit the question.

What is an epic fantasy?

What makes this question more problematic is that no generally-accepted definition of what an epic fantasy is seems to exist. Most people seem to respond with a variation of, “I don’t know, it’s got magic and dragons and elves in it, or something?”

The Encyclopaedia of Fantasy (1997) offered this definition by SFF uber-critic John Clute:

"An epic is a long narrative poem which tells large tales, often incorporating a mixture of legend, myth and folk history, and featuring heroes whose acts have a significance transcending their own individual happiness or woe. The classic epic tells the story of the founding or triumph of a folk or nation... Prose fiction which might be called EF include several of the central secondary world tales central to the development of fantasy over the past 100 years - e.g. much of the work of Kenneth Morris, E.R. Eddison, J.R.R. Tolkien and Stephen R. Donaldson. Any fantasy tale written to a large scale which deals with the founding or definitive and lasting defence of a land may fairly be called an EF. Unfortunately, the term has been increasingly used by publishers to describe heroic fantasies that extend over several volumes and has thus lost its usefulness."

Not tremendously helpful, so in my own blog series A History of Epic Fantasy I offer the following definition:

"An epic fantasy is a substantial work of fiction set either in a fictional realm, or a fictionalised version of the real world, in which several characters (and sometimes many dozens) are faced with transformative goals and tasks. Something inherent in the setting must be impossible or fantastic, to set it aside from being merely an alternative history or work of science fiction. There is usually an antagonist to defeat, magical items to utilise and battles to be fought on a large scale. The work is usually long or extends across multiple volumes, although short epic fantasies are not unknown." 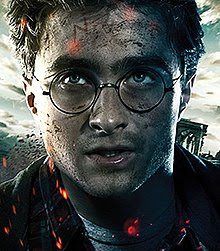 What is Harry Potter about?

If you’re one of the three people on Earth not familiar with the series, it may be constructive to briefly summarise the series to see how well it fulfils the tenants of epic fantasy:

The books are set in a fantasied version of the real world, where magical creatures, wizards, witches and sorcery exist in parallel to our world, but sophisticated magic is employed to keep the existence of this world secret from the mundane one. The magic community regards the non-magic community disparagingly as “muggles” and takes little interest in them, despite their technology and numbers. Children with an aptitude for magic are taken to one of several magic schools, with apparently one school for each country or region: the UK’s school, located in Scotland, is called Hogwarts.

Eleven years before the books begin, the magical world is rocked by a conflict where one wizard, Tom Riddle, attempts to seize power and conquer the magical world (and possibly the muggle one as well). Taking the name “Voldemort” and styling himself “the Dark Lord”, nearly succeeds in his mission. During a final battle in the village of Godric’s Hollow, he successfully kills two wizards opposed to him – Lily and James Potter – and tries to kill their one-year-old son, Harry. However, Harry is able to resist the attack and Voldemort is apparently killed as a result. When the books open, Harry is being looked after by his mother’s sister Petunia and her husband Vernon, both muggles who despised Lily and James, and hate and mistreat Harry as a result. Despite their objections, Harry is recruited into Hogwarts School of Witchcraft and Wizardry. Harry, who was hitherto unaware of the existence of the magical world, starts off on the backfoot. He is also taken aback by his fame as a result of his role in Voldemort’s apparent destruction. Potter quickly makes two very close friends, Hermione Granger and Ron Weasley, but earns the enmity of Draco Malfoy and the potions teacher, Severus Snape.

Over the course of his time at Hogwarts, it becomes clear that Voldemort was not killed, but instead reduced to a shadow or wraith-like existence. Voldemort’s followers, the Death-Eaters, successfully restore their master to a corporeal and apparently invulnerable form and Voldemort quickly launches a renewed attempted to conquer the magical community. Harry, aided by friends and allies, organises a resistance and learn Voldemort’s weakness, that to preserve his life he has split his life force between seven vessels, known as Horcruxes. Harry sets out to destroy the Horcruxes and also draw Voldemort’s forces into a decisive battle at Hogwarts. 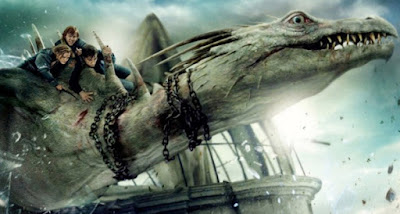 Does Harry Potter fulfil the criteria?

At first glance, Harry Potter fulfils most of the criteria to be counted as an epic fantasy. The story is epic in scale, unfolding over seven novels (and eight long movies), the latter four of which are quite large. Although the story is episodic, at least to start with, a clear over-arcing storyline quickly emerges and comes to dominate the saga.

The story itself is also the most familiar one in epic fantasy: a Chosen One (Harry) is prophesied to stand against a Dark Lord (Voldemort). Magic is a fact of life and non-human races (elves, goblins, centaurs and giants) and creatures (dragons, giant spiders, basilisks and many others) abound. There are several key and major battles throughout the series and there are a large number of Plot Coupons (magical mcguffins or plot devices), including magical swords, a secret crown (or diadem), the Horcruxes, the Deathly Hallows and magical wands, among many others. There are also conspiracies and political intrigue, with the return of the Dark Lord being regarded with scepticism by many factions which hinders Harry’s attempts to forge an alliance to stand against Voldemort.

Several arguments mustered against Harry Potter being an epic fantasy seem unconvincing. The series is predominantly aimed at children and teenagers, but several key epic fantasy works are likewise aimed at younger readers, including J.R.R. Tolkien’s The Hobbit (and The Lord of the Rings at least starts in a similar mode before becoming more adult), C.S. Lewis’s The Chronicles of Narnia, Ursula K. Le Guin’s Earthsea series and Christopher Paolini’s Eragon saga, whilst other series seem to be deliberately calibrated so either children or adults can enjoy them, such as David Eddings’ Belgariad (recently reissued in a YA edition) and Weis & Hickman’s Dragonlance books. Being aimed at younger readers does not disqualify a work from being an epic fantasy.

More debatable is the fact that Harry Potter ostensibly takes place in our world but with a magical hidden society. Some have argued this makes the series more akin to an urban fantasy than an epic one. This seems flawed, as urban fantasies take place in urban environments: Jim Butcher’s Dresden Files features a secret magical world existing alongside our own, but the action itself takes place in the real world (most regularly in and around Chicago). The same is true for Charlaine Harris’ Sookie Stackhouse series and other works of urban fantasy. Harry Potter, by contrast, does not take place in urban environments (a few isolated moments aside) and the majority of the story takes place in fictional locations, mostly in and around Hogwarts Castle.

Furthermore, many epic fantasies do take place in remote and fictional historical periods of our world (such as Tolkien’s Middle-earth works and Robert Jordan’s The Wheel of Time), in parallel universe versions of our history (such as Kate Elliott’s Spiritwalker Trilogy and Crown of Stars series) and feature characters crossing over from our world to a fantastical one (such as Narnia, Guy Gavriel Kay’s Fionavar Tapestry and Stephen Donaldson’s Chronicles of Thomas Covenant, the Unbeliever). It’s actually less common to encounter epic fantasy worlds with absolutely zero connections to our one.

The level of worldbuilding that Rowling has done for the series also exceeds that of many epic fantasies, with vast numbers of characters, timelines, backstories, magical rules, terms and bloodlines created and detailed.

Answer: Harry Potter fulfils most of the requirements for being an epic fantasy, and the arguments used to counter its place in the genre would also eliminate many works considered to be inarguably core to the genre. As such Harry Potter can be counted as part of the epic fantasy subgenre, as well as being a YA fantasy.


Thank you for reading The Wertzone. To help me provide better content, please consider contributing to my Patreon page and other funding methods, which will also get you exclusive content weeks before it goes live on my blogs. SF&F Questions are debuting on my Patreon feed and you can read them there before being published on the Wertzone.
Posted by Adam Whitehead at 11:22

I don't think it matter whether Harry Potter is the biggest-selling novel series of the past twenty years or not, Harry Potter is NOT an epic fantasy series. Sure there's magic and wizards but there's mo journey (unless you count self-discovery) and it is in a modern setting.

The characters do go on a fairly lengthy quest/journey in the final volume. And Hogwarts (and much of the wizarding world) are very much not modern settings, and they are where the bulk of the story is set.

I don't see the Harry Potter series as an epic fantasy either. If I had to pin it down, I'd call it young adult magical realism with a side of urban fantasy.

Magical realism, because it's set in our world, just with magic hidden. There's no separate world building here, just descriptions of how the magical world fits into ours.

Urban fantasy, first, because portions of the tale are set in London and various suburbs, and second, because much of the back story is set in real world places. Adding in the first Fantastic Beasts movie, set in New York, adds to this aspect.

As for the journey Harry, Hermione and Ron take in the last book, I don't see that as counting as a hero's journey. They start out at their house in London, pull a caper, then just hide out until they figure out Dumbledore's clues, and otherwise they just visit their schoolmate's houses, visit Diagon Alley, then head back to Hogwarts. To me, the final battle is more about Harry figuring out Dumbledore's plan, and the rest of the fight is merely a backdrop to that.

I do think The series could be a bit closer to Epic Fantasy were the tale told from Dumbledore's point of view, but that would also bring it closer to Urban Fantasy again.