Director James Gunn fired from GUARDIANS OF THE GALAXY VOL. 3

In an unexpected move, Disney has fired James Gunn, the director of the first two Guardians of the Galaxy movies, over seven-year-old tweets. 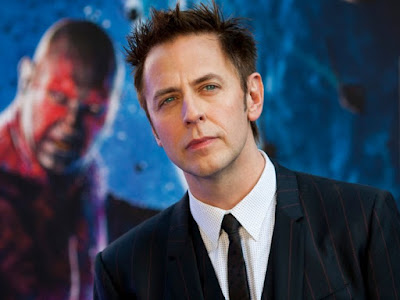 Apologising for the remarks on Twitter, Gunn claimed he made the "provocative" tweets when he was interested in edgy and dark humour and no longer ascribes to such jokes.

The move has complicated the Disney schedule, as Gunn was beginning pre-production on Guardians of the Galaxy Vol. 3 which was expected to be released in 2020. Disney will be looking for a director who can step in at short notice to take on the project. I strongly suspect they are putting some urgent calls in to Taika Waititi right now, whose Thor: Ragnarok aesthetic would make a good fit for the Guardians sub-franchise.

Although Gunn's tweets are clearly unacceptable and inappropriate for the director of a franchise which has a strong appeal to children, it is less clear why Disney have taken action only now, as the tweets have been widely reported on for years, during which time Gunn directed two movies for the company, as well as providing some assistance and advice on other Marvel Cinematic Universe projects.
Posted by Adam Whitehead at 20:15

WHAT? That's the best you can do? Come on! These are from 7 years ago and people known about them for years. If they are going to fire Gunn, they need to come up with a reason a hell lot better than this.

It feels like there almost certainly has to be some internal politics a work here. How could they possibly not have known about these tweets when making someone responsible for a 100" dollar+ endeavour?

He has not really made any edgy jokes since he was hired, nor being hostile (publicly) to anyone except to Trump and His supporters, which hardly is a firing offence in Hollywood.

If they're tweets from seven years ago, why / how was he hired to begin with??

Child Pornography was also apparently involved, sadly.
Dunno if LA will file charges or not, they have a history of not doing so for the wealthy

No child pornography was involved. Gunn made moronically stupid "jokes" because he thought they made him edgy and interesting.

@ Jeff: They came up in 2012, when he was announced as having been hired. Gunn had deleted the tweets and he made an apology and apparently Disney accepted that.