Doctor Who, the longest-running SFTV show in the world, turns 44 today. Launched on BBC-1 on 23 November 1963, the series was not an immediate hit, its opening episode delayed and overshadowed by news coverage of the assassination of John F. Kennedy a day earlier. Designed as an adventure series with an educational slant (mixing SF tales of aliens and monsters with historical adventures), the show took off massively with its second serial, which introduced the Daleks. It became a mainstay of BBC-1's Saturday night schedule and was soon attracting regular audiences of 10 million plus. The series survived numerous complete changes of cast and crew, thanks to the titular main character's ability to 'regenerate' into a new form whenever the old one was badly injured (or when the previous actor wanted to leave). 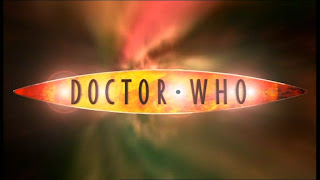 In 1989, after seven Doctors, thirty other regular characters, 26 consecutive seasons, 158 serials and over 700 episodes, the series was indefinitely 'rested' by the BBC. There was a one-off TV movie in 1996, co-produced by the BBC, Universal and Fox, which was successful in the UK but less so in the USA and failed to result in a regular series. Finally, in 2005, Doctor Who finally returned to Saturday nights on BBC-1 and was a smash hit, winning huge ratings and becoming a popular part of the USA's Sci-Fi Channel line-up as well. The 'new' Doctor Who returns for its fourth season around Easter 2008.

Sadly, this event coincides with news that the very first producer of Doctor Who, Verity Lambert, recently passed away at the age 71. A tremendously respected British television producer, Lambert won the job on Doctor Who at a very young age (27) and was the only female producer at the BBC at the time. She worked on the show for its first three seasons and then moved on to other popular British series, including Adam Adamant Lives!, Rumpole of the Bailey, Minder and Jonathan Creek. In 1985 she founded Cinema Verity, a production company with a number of film and television credits to its name. She was awarded the OBE by the Queen in 2002 for services to film and television production. Earlier this year, the Doctor Who episode Human Nature paid tribute to her by giving the Doctor (whilst temporarily transformed into a human) memories of a mother named Verity. Many condolences to her family and many thanks to her for creating such a huge body of work that was enjoyed by countless millions for many decades. SFX has a tribute to her here.
Posted by Adam Whitehead at 21:54

Thank you for sharing the sad news of Verity Lambert’s passing, and I thought the post on your blog about her was a very nice tribute. I did not know much about her life until yesterday so I appreciate your sharing about her; and I am thankful for all the fans that posted about her yesterday and this morning. She has left us a great legacy and I appreciate it that the more informed fans, like yourself, shared their memories of this wonderful person so we can all remember and better appreciate her enormous contribution to the show she helped create.