Neil Gaiman's new novel, The Ocean at the End of the Lane, will be published on 19 June 2013. Gaiman discusses the novel on his blog and has also released a cover blurb: 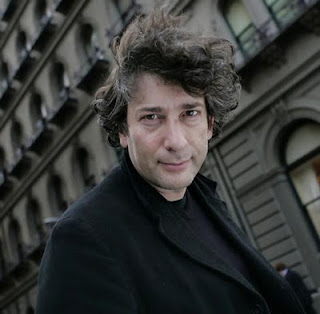 "The Ocean At The End of the Lane is a novel about memory and magic and survival, about the power of stories and the darkness inside each of us.

It began for our narrator forty years ago when he was seven: the lodger stole the family's car and committed suicide in it, stirring up ancient powers best left undisturbed.  Creatures from beyond the world are on the loose, and it will take everything our narrator has just to stay alive: there is primal horror here, and a menace unleashed -- within his family, and from the forces that have gathered to destroy it.

His only defense is three women, on a ramshackle farm at the end of the lane. The youngest of them claims that her duckpond is an ocean. The oldest can remember the Big Bang.

The Ocean at the End of the Lane is a fable that reshapes modern fantasy: moving, terrifying and elegiac -- as pure as a dream, as delicate as a butterfly's wing, as dangerous as a knife in the dark."


This will be Gaiman's first adult solo novel since Anansi Boys was published in 2005. This news was a slight surprise as it was assumed Gaiman would be working on American Gods II, since the in-development American Gods TV series at HBO will be covering the second book as well as the original and some new stories.
Posted by Adam Whitehead at 09:52

Email ThisBlogThis!Share to TwitterShare to FacebookShare to Pinterest
Labels: neil gaiman, news, the ocean at the end of the lane

much better than shitty American Gods 2