Given that waits for a new Christopher Priest novel are often measured in half-decades (or, in the case of the last one, a full decade), it feels like we're being spoiled with a new book so soon after his previous one. The Adjacent will be published in June 2013 and now has some cover art: 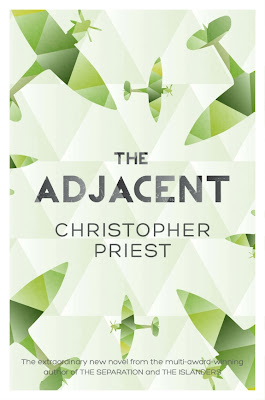 Priest calls this the longest and most complicated book he's ever written, which coming from the author of The Affirmation and The Separation is saying something.
Posted by Adam Whitehead at 00:58