Walter White and Jesse Pinkman have made a deal with a local crimelord to distribute their distinctive blue-tinged crystal meth, but their associate turns out to be highly unstable and dangerously unpredictable. As they try to extricate themselves from their situation, Walter's medical treatment continues and his secret comes dangerously close to being exposed. 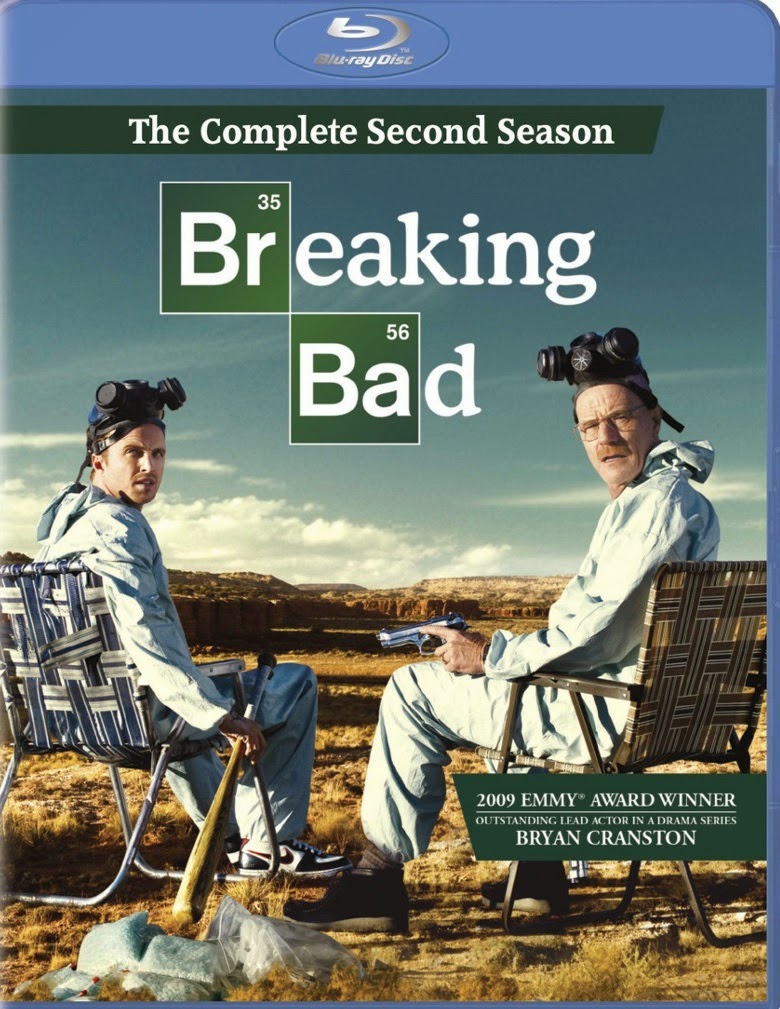 The second season of Breaking Bad picks up immediately where the prematurely-ended (due to the 2008-09 Writer's Strike) first season ended and continues the themes established there. Walter White is having the worst mid-life crisis ever, the bitterness and resentment built up by a lifetime spent achieving only mediocrity finally boiling over, catalysed by his cancer diagnosis, and fuelling his evolution into a surprisingly competent criminal. The show isn't interested in standing still and pushes White's development episode-by-episode whilst contrasting that with Jesse's descent back into drug addiction hell and showing the impact of these events on White's family and Jesse's strained relationship with his parents.

As before the show is darkly humourous and relentless in how it shows White trying to justify everything logically (if only to himself) and becoming at times speechless in disbelief when other people don't buy his selfish reasoning. The core of the show remains Bryan Cranston's committed performance and that's even stronger this season than before. Aaron Paul also deserves superlatives for the tricky balancing act of continuing to make Jesse sympathetic even when he is self-destructing so wastefully.

The greater episode count this time around allows for the deepening of the secondary cast. In particular, Dean Norris gets more to do as Walter's DEA agent brother-in-law, who moves from simplistic jock meathead to a more layered character suffering panic attacks after witnessing the real horrors of the drug war along the border. New and highly memorable characters also show up, such as Saul Goodman (Bob Odenkirk), a brilliantly slimy lawyer who becomes Walter's confidante by dint of no-one else being available. Krysten Ritter puts in a terrific performance as Jesse's arty new girlfriend Jane, with the excellent John de Lancie playing her father. There's also some fertile ground-laying for future seasons, with both Mike (Jonathan Banks) and Gus (Giancarlo Esposito) appearing in the last few episodes as Walter and Jesse's new - and hopefully more reliable - business associates.

Negatives are hard to find. There's an underlying air of implausibility about the show, such as Jesse's drug dealing associates doing their business in broad daylight on street corners with bling prominently on display, and the final episode strains credulity with unlikely coincidence building on unlikely coincidence before the final moments of the season which feel very random. But the subsequent season does a good job of selling these moments to make them work better in retrospect.

The second season of Breaking Bad (*****) is, by a nose, better than the first, written and acted with growing confidence and a more accomplished juggling of the different characters and storylines. Season 2 is available now as part of the Breaking Bad Complete Collection in the UK (DVD, Blu-Ray) and USA (DVD, Blu-Ray).
Posted by Adam Whitehead at 13:59