Guybrush Threepwood, pirate adventurer, would-be nemesis of the ghost pirate LeChuck and implausibly successful wooer of the beautiful Elaine Marley, has finally worked out that, despite all of his adventures, he has never actually worked out what the Secret of Monkey Island actually is. Returning to his original stomping ground of Melee Island, he sets out on his new quest, only to learn with horror that LeChuck is already three steps ahead of him. 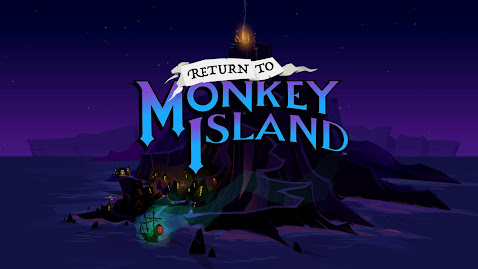 Released back in 1990, The Secret of Monkey Island almost immediately became acclaimed as one of the greatest video games of all time. Fiendish puzzles, funny writing, awful puns and the daftest protagonist name in gaming history combined to make a memorably brilliant, if rather short, game. Monkey Island 2: LeChuck's Revenge followed a year later with a better story, more interesting puzzles, a much greater variety of locations and fantastic music. It also, infamously, had a very strange ending that left a lot of people scratching their heads.

That ending was never really resolved. The creative team behind the first two games, most notably lead designer and writer Ron Gilbert, left LucasArts and moved on. A separate team eventually made a third game in 1997, but wisely skipped past the ending to the second title and picked up some years later with only minimalist references to what happened in the meantime. The Curse of Monkey Island was a great game in its own right, despite the change in ownership. Escape from Monkey Island (2000) and Tales from Monkey Island (2009) followed, to a middling reception. Better-received were HD remakes of The Secret of Monkey Island and Monkey Island 2 in 2009 and 2010, which introduced them to a new generation and got people thinking about that crazy ending again. 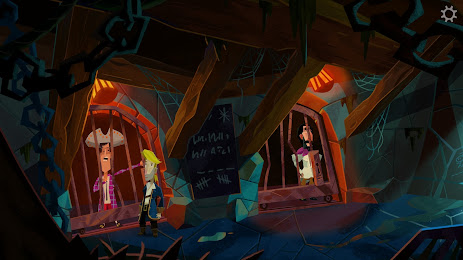 Now the unlikely has happened: Ron Gilbert and Dave Grossman have reunited to make Return to Monkey Island, a game that finally picks up after the ending of Monkey Island 2 and forges on. The new game also doesn't eject the others from continuity: having kinda explained the ending to Monkey Island 2, we fast-forwards a few years past all of Guybrush's other adventures to pick up on him returning to Melee for his new expedition. He and Elaine are now happily married and Elaine is running a campaign to eliminate scurvy from the Caribbean, leaving Guybrush free to take up his quest. 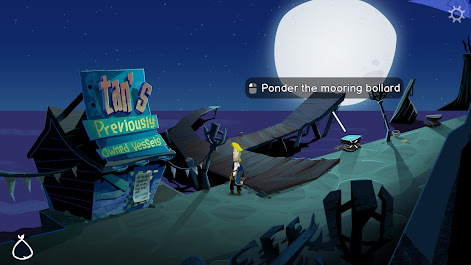 The first two-thirds or so of Return to Monkey Island is a journey which will trigger the nostalgia feels in players. This part of the game almost exclusively uses locations from the original title in the series, so once again you'll visit the SCUMM Bar, hang out at the Governor's Mansion and visit the Voodoo Lady for enigmatic advice, before visiting Monkey Island, falling off the overlook again and sneaking onto LeChuck's ship. But this is a melancholic form of nostalgia: Melee Island has had an economic crisis, a lot of the old businesses are shut down, and there's newcomers who don't recognise Guybrush or particularly care about him being a regular from years or decades before. There's still plenty of laughs here, but Return also examines its own status as a legacy sequel made years after the originals (not always the best of ideas) in a way that that is smart without vanishing up its own posterior. 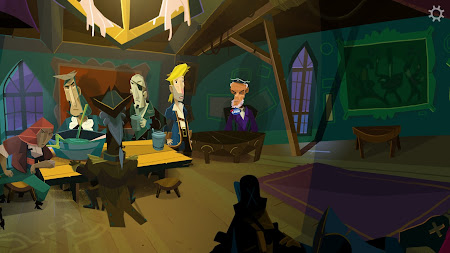 The latter third of the game opens up and Guybrush gets to explore a series of new islands and locations never before seen in the series. This sequence feels somewhat briefer than it should be, possibly a budget issue or the decision they had almost too much material for one adventure game but not enough for two, so trimmed some things to keep it in the confines of one title. This has the unfortunate effect of meaning that the game is dominated by locations you've seen before, whilst the new and fresher material is crammed into a relatively brief part of the game towards the end, before we once again return to a familiar location for the grand finale.

But ultimately it works. The puzzles are fine, not too obtuse apart from a couple of eye-rollers (a built-in hintbook pretty much means you never need to look up online solutions, although the game encourages you to use it as little as possible), and the story is entertainingly told, with that undercurrent of melancholic nostalgia running through it to make it more interesting. 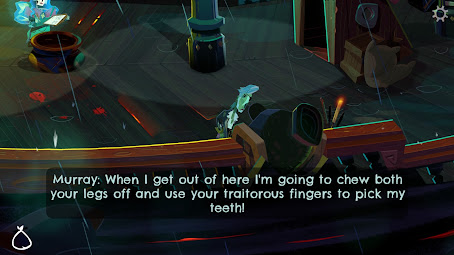 Return to Monkey Island (****½) is, improbably, excellent. Once you get over the stylised new art direction, it works really well and the music is fantastic. Creatives in their fifties revisiting the scene of their greatest hit from their twenties could have gone badly wrong, but Return to Monkey Island emerges as far smarter, funnier, emotional and engaging than it really should. Even if its own ending does definitely skim around the edges of taking the mickey, but it does earn it. The game is available now on PC, Mac and Nintendo Switch.

Thank you for reading The Wertzone. To help me provide better content, please consider contributing to my Patreon page and other funding methods.
Posted by Adam Whitehead at 18:49

Anyone else think of Galahad Threepwood?