In a remarkable turnabout, Wizards of the Coast have confirmed that the next edition of Dungeons & Dragons will move to a Creative Commons licence. This follows two weeks of turmoil following the leak of a more restrictive Open Game Licence 1.1 which threatened to revoke the previous OGL 1.0 (in operation since 2000) and had dramatic implications for the third-party D&D field, and could have put numerous companies out of business and forced others (even industry giants like Paizo) into costly legal action. 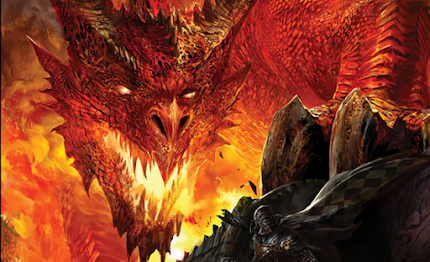 After initial non-apologies, Wizards of the Coast seemed to have been moved to swift face-saving action after a costly online campaign to boycott D&D products saw remarkable success, with reportedly over 40,000 subscriptions on online portal D&D Beyond cancelled, a number that continues to grow.

The new OGL 1.2 will be published under a Creative Commons licence, effectively moving the later ability to change or alter the OGL out of Wizards' hands. The new OGL will (apparently) be truly "irrevocable." Existing content published under 1.0a will not be impacted and can continue to be published. In addition, the new OGL 1.2 will remove the previously controversial clauses on royalty payments and financial reporting, and also will apply to the tabletop experience (real and virtual), suggesting that streamers and video games will no longer be impacted.

However - and this remains a primary bone of contention - Wizards plan to continue "deauthorising" the OGL 1.0. No new content can be published under 1.0 once 1.2 is introduced. This will likely not mollify many of the critics, who will likely continue to push for attempts to deauthorise 1.0 to be abandoned. Wizards maintain that the 1.0 licence could theoretically allow third-party publishers to release "hateful content" that could damage the D&D brand and name.

In addition, Wizards note in their small print that they alone will be the sole arbiters of what is "hateful content" and by agreeing to use the OGL 1.2, licencees will lose the ability to contest that via any future legal action.

Although this is movement on Wizards' part, it does not seem to address some of the core concerns about the prior licence proposal, and the controversy will likely roll on.

Email ThisBlogThis!Share to TwitterShare to FacebookShare to Pinterest
Labels: dungeons and dragons, hasbro, open game licence, wizards of the coast