Dungeons & Dragons is getting its first live-action television series. Streamer Paramount+ has greenlit an eight-episode show from Rawson Marshall Thurber. Thurber will produce the show and write and direct the opening episode. 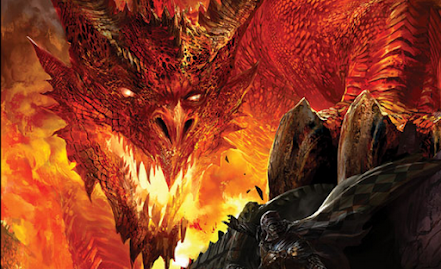 Thurber is best-known for his work in comedy, directing and writing Dodgeball (2004), Central Intelligence (2016) and Red Notice (2021). Red Notice was Netflix's biggest original movie and Thurber is currently developing two sequels to that film. He is also attached to a live-action Voltron feature film for Amazon.

This TV project is not related to Honour Among Thieves, the feature film starring Chris Pine which is set for release on 31 March this year. Nor is it related to a separate TV project being helmed by John Wick writer Derek Kolstadt, potentially involving signature Forgotten Realms character Drizzt Do'Urden.

The details of Thurber's project remain under wraps. It is not known which of the numerous D&D settings will be used for the series, or if it will use an original world or location.

Email ThisBlogThis!Share to TwitterShare to FacebookShare to Pinterest
Labels: dungeons and dragons, hasbro, rawson marshall thurber, wizards of the coast