The tabletop RPG industry has endured a tumultuous week after io9 secured a copy of the proposed 1.1 revision of the Open Game Licence. Version 1.0 of the OGL, popularised by Dungeons & Dragons, has allowed third parties to create and monetise content for the game for almost a quarter of a century. The proposed changes could drive many content creators out of business. 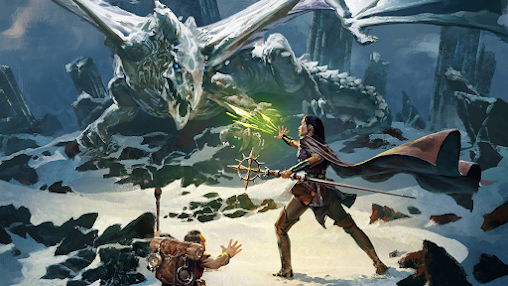 The OGL was introduced when the 3rd Edition of D&D was released by Wizards of the Coast in 2000. Dungeons & Dragons had been created by Gary Gygax and Dave Arneson via the company TSR in 1974 (although both were gone from the company barely a dozen years later), but significant financial mismanagement and poor investments had driven the company deep into debt by 1997, with the company threatened with bankruptcy. D&D had also dropped in popularity massively, with games like the World of Darkness family (most famously, Vampire: The Masquerade) supplanting its market share. Wizards of the Coast, a relatively young company which had skyrocketed to success with its card game, Magic: The Gathering, bought TSR and D&D in 1998 and set about revising the game for a new generation.
The 3rd Edition of D&D was hugely popular and successful, and was credited with revitalising the entire TTRPG (tabletop roleplaying game) industry in the early 2000s. Many d20-branded games, using the OGL and rules compatible with D&D, were released to great success and entire companies were created to cash in on the phenomenon. Significant d20 games include the Babylon 5 and Judge Dredd licensed games and Wizards of the Coasts' own Star Wars line of RPGs.
In 2008 the 4th Edition (4E) of D&D was released under a more restrictive licence, but a similar public outcry saw the OGL maintained. With the 4E rules proving very controversial, this allowed Paizo Publishing to release their own fantasy roleplaying game called Pathfinder, effectively using a fork of the 3E rules set. Vast numbers of Dungeons & Dragons players defected to playing Pathfinder instead. D&D lost significant market share, dropping behind first Pathfinder and then the Star Wars RPG to third place in the rankings.
In 2014, Wizards of the Coast released the 5th Edition of D&D, using a revamped and more popular rules set and returning to the OGL. The company was bolstered by the launch of Critical Role in 2015, a popular web series featuring a group of popular voice actors playing a D&D campaign on screen. In 2016, D&D featured heavily in the first season of the Netflix smash hit success Stranger Things. These factors drove D&D back to its traditional level of popularity and market dominance. Paizo released a 2nd Edition of Pathfinder in 2019 which has done well (and deviated further away from the D&D rules system), but not threatened to unseat D&D's position.
Wizards of the Coast has recently confirmed that the next iteration of D&D is in development. Code-named "One D&D," the new version of the game aims for backwards compatibility with 5E as well as having a less restrictive and more freeform rules system. However, the biggest change sounds like it will be to the Open Game Licence. Wizards and Hasbro will now take a cut of any RPG using the system that makes more than a certain amount of money per year, as well as automatically owning original ideas and creatures from products. More ominously, they are threatening to "deauthorise" anything published under the OGL 1.0 licence, theoretically impacting hundreds of products that are still on sale from dozens of companies.
These are not limited to just tabletop RPGs, but also products including video games such as Pathfinder: Kingmaker and Pathfinder: War of the Righteous by Owlcat Games and Solasta: Crown of the Magister from Tactical Adventures (although Tactical Adventures have indicated they have already been in conversation with Wizards of the Coast over the matter).
The blowback from the industry has been significant in the last few days, and it remains to be seen if Wizards will push forwards with their plans. Notably, they have already received legal pushback from lawyers pointing out that the OGL 1.0 was released as a non-revocable agreement, and Wizards' subsequent quarter-century of honouring that position makes it hard for them to backtrack on it now. However, the legal departments and resources of Wizards of the Coast and their owners Hasbro are formidable, to say the least.
This situation continues to unfold.
Posted by Adam Whitehead at 19:08

Trying to revoke the explicitly irrevocable OGL that is already in place for 5e is just breathtakingly scummy and has probably already permanently tarnished the D&D brand. D&D wouldn't be anywhere near as popular as it is without the OGL and all the community content it fosters. If they were just trying to set different, much worse, terms for the One D&D version of the OGL it would still be a bad decision, but at least it wouldn't signal to any content creators "We can and will retroactively take as much of your revenue as we feel entitled to".

I've spent hundreds of dollars on D&D books and accessories, mostly from 3.5e and 5e, but unless they backpedal on this new OGL incredibly hard, I will probably never buy anything from Wizards again.