Piranah Games are developing a new MechWarrior video game. The news, rumoured for some time, came out during an interview between Piranah Games President Russ Bullock and the NoGutsNoGalaxy podcast. 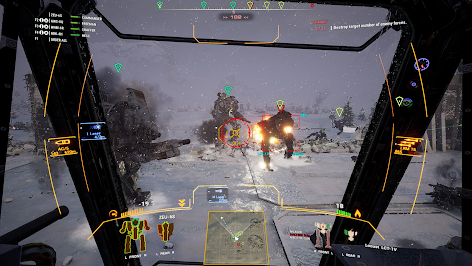 Piranah have worked on video game incarnations of the BattleTech franchise for the past decade, having released the multiplayer MechWarrior Online in 2012 and the singleplayer MechWarrior 5: Mercenaries in 2019. They also provided some support, including mech models, for the 2018 turn-based strategy game BattleTech from Harebrained Schemes.

Piranah also revealed that their current video game licence runs until 2025 and will require renewal after that point. If the licence is renewed, they want to make MechWarrior Online 2, using a superior engine and improved visuals.

The BattleTech tabletop miniatures game has enjoyed massive success in the last few years, becoming one of the biggest-selling SFF wargames. This has, in part, been propelled by strong (and long-lasting) sales of both BattleTech and MechWarrior 5. MechWarrior 5 has seen three expansions released: Heroes of the Inner Sphere (2021), Legend of the Kestrel Lancers (2021) and Call to Arms (2022). A fourth expansion, Rise of Rasalhague, will be released on 26 January.

More news on the new MechWarrior game will reportedly be released in the autumn.