Few books come as universally-applauded in the genre as this one. It was getting to the point where people seemed to be questioning my fitness to blog about SF since I hadn't read Hyperion, so I thought it was time to take the plunge. For those likewise ignorant of the book, Hyperion is the first in a four-volume sequence known as The Hyperion Cantos, consisting of Hyperion (1989), The Fall of Hyperion (1990), Endymion (1996) and The Rise of Endymion (1997). The sequence is heavily influenced by both the poetry of John Keats and the work of Geoffrey Chaucer: The Canterbury Tales is the clear structural inspiration behind the first novel. 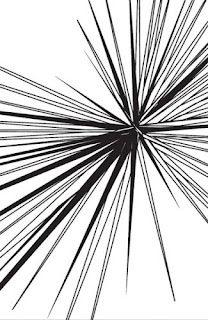 The 28th Century. A war is brewing between the Hegemony of Man and the Ousters, a race of 'barbaric' humans living in arkships drifting in the depths of space. As the war drums sound, seven individuals are summoned to the remote frontier world of Hyperion by the Church of the Shrike, the godlike entity who roams that world killing people for unknown reasons or hanging their still-living forms on its giant mechanical tree. As the seven pilgrims journey through space to Hyperion, then on a gruelling ground journey across the planet even as the Hegemony and Ousters do battle in orbit, they tell each other the tale of how they came to this place and the reason for their interest in Hyperion and the Shrike.

It's a pretty straightforward structure, and indeed the book comes across as a collection of linked short stories with a prominent framing sequence. What is unusual is that Simmons varies his style slightly between each story, so the Priest's Tale is a mystery (albeit a mystery enlightened by electricity-spewing trees); the Soldier's Tale is a war story; the Poet's Tale is one of hubris; the Scholar's Tale is an almost heartbreaking tragedy; the Detective's Tale is a thriller; and the Consul's Tale is a romance told across decades. Simmons' writing skills here are extraordinary, with some stunning imagery and moments of emotional intensity transmitted through clear-cut but often evocative prose. Each story is a contained narrative in itself, but also contributes to the whole.

Hyperion (*****) is simply unmissable for anyone interested in the genre. It is available from Gollancz in the UK, either by itself, as part of the Future Classics range or in an omnibus with its immediate sequel, The Fall of Hyperion. It is also available in the USA from Bantam Spectra.
Posted by Adam Whitehead at 21:48

hell yeah. i'm not that well read in sf as i would want to be - but i'm still confident enough to say that Hyperion is one of the genres best. i'm glad you agree (inducing from the rating you gave it).

I keep meaning to get to Hyperion . . . perhaps this will be my inspiration to actually do so :)
Thanks for the review, both for the comments and for reminding me about this one.

Wert...I am very glad you liked this book. I saw your post on asoiaf forums and was very curious as to what you would think about it. This is my favorite Science Fiction book and in my top 5 favorite books of all time!!