After many years in San Francisco, Wei Shen returns home to Hong Kong and is almost immediately embroiled in violence and crime. His reputation and some childhood friends see him recruited into the triad known as the Sun On Yee, but Wei is playing a dangerous game. He is also an undercover cop, striving to bring down the triad and also avoid the machinations of his own corrupt bosses. It is a difficult line to walk as the risk of discovery and being fired and arrested is constant. 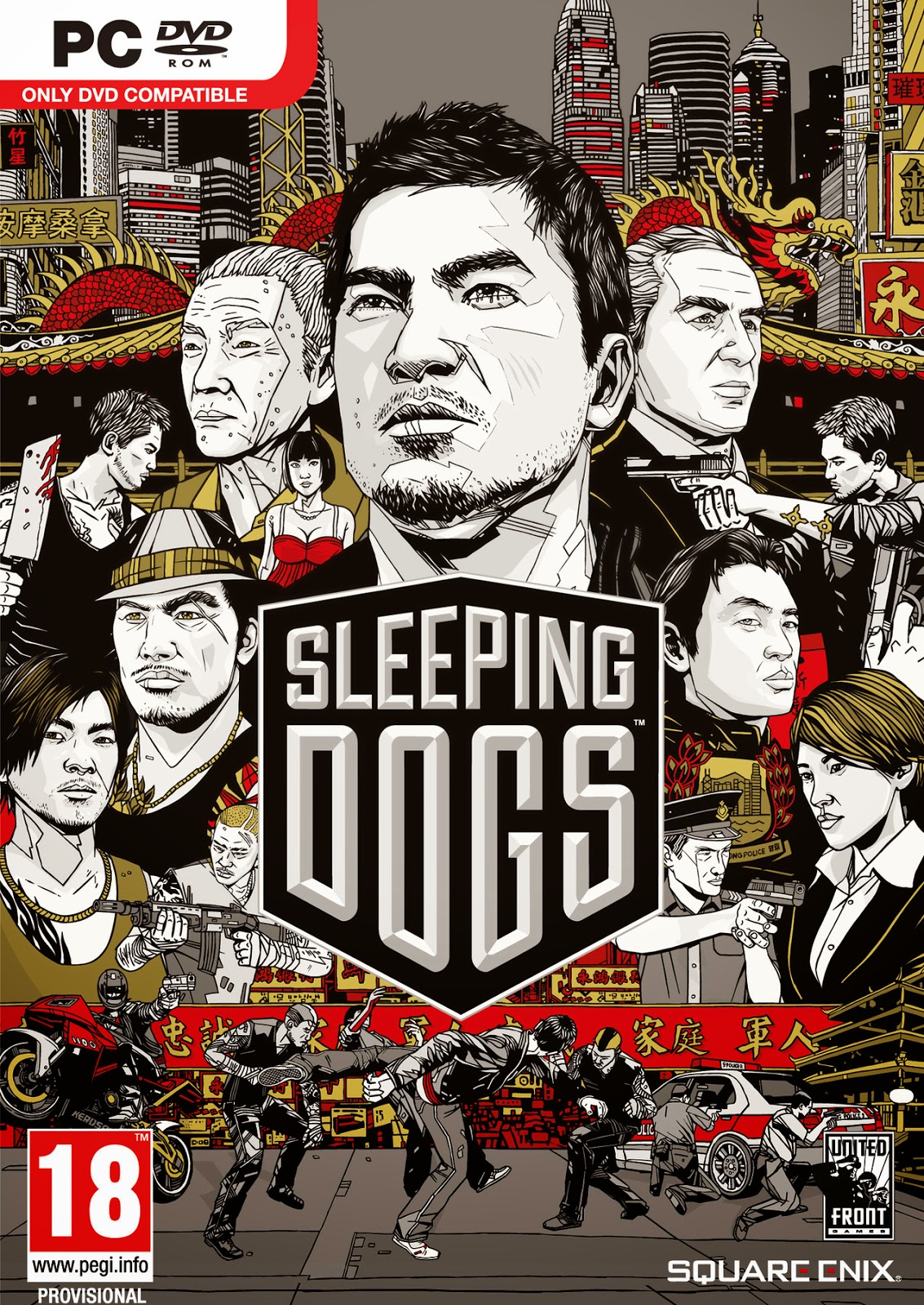 Sleeping Dogs is a game that is almost cheerful in how easy it is to review. It asks the question, "Do like the Grand Theft Auto games?" If the answer is yes, than go get it. If not, than not. But the game also appeals to those who aren't so keen on the GTA games but like the basic idea and would prefer a non-American setting and more focus on melee combat. And also to those who are partial to scenes where an old grandmother tortures someone for information using her standard range of kitchen implements.

Sleeping Dogs is a violent and brutal game, sometimes in a genuine attempt to unnerve and shock, but perhaps a tad too often simply for the sake of it. It's a game that embraces the GTA structure of an open world with lots of optional stuff to do wedded to a narrative driven by cut scenes and criminal cliches. It's a game that tries awfully hard to do things differently with its invigorating and satisfying martial arts combat system, but then almost regretfully embraces tedious gunplay towards its conclusion. 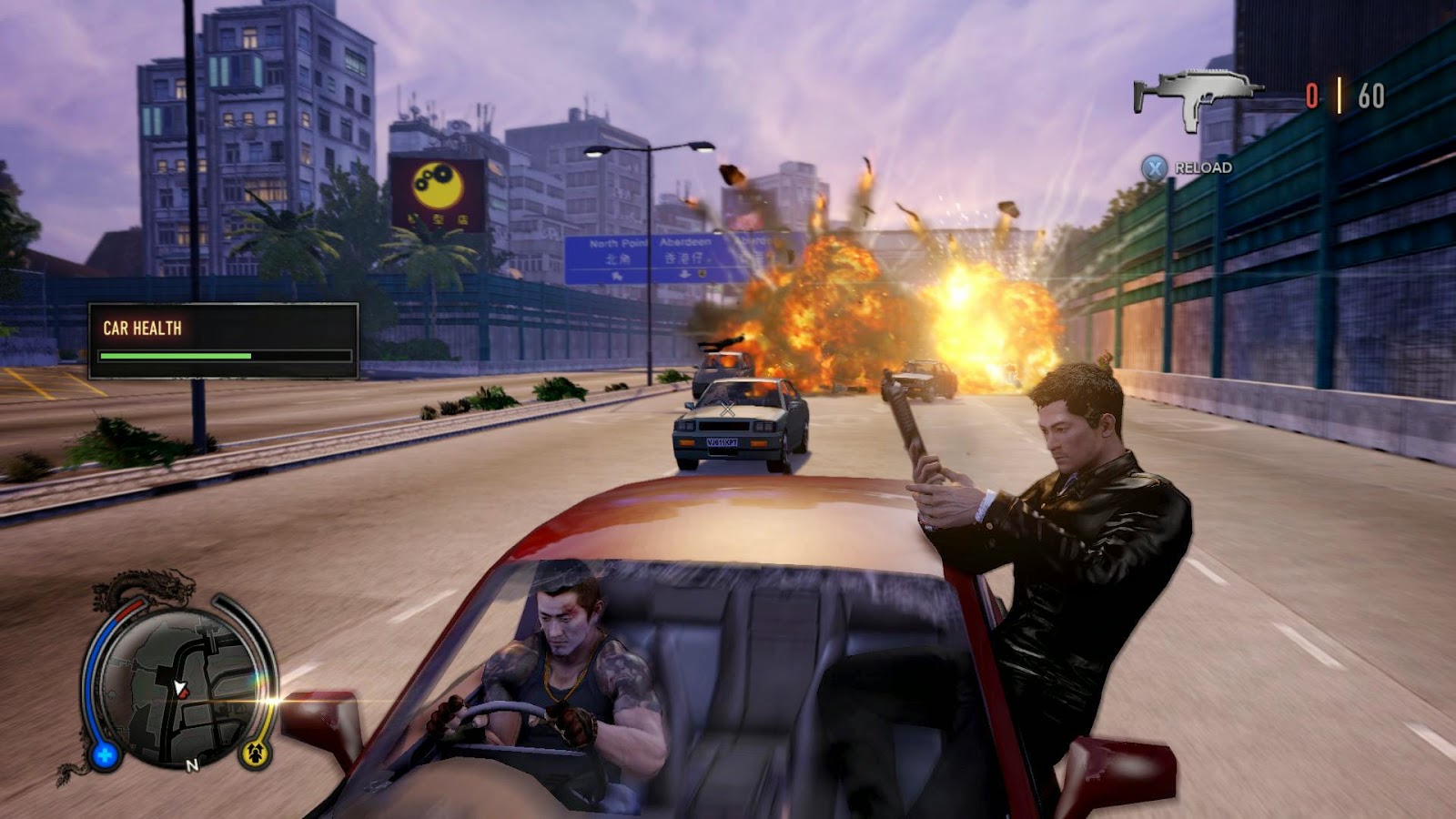 The game has a curious definition of 'undercover cop'.

There is much to like here. The story is cliched and predictable (a groan-inducing wedding scene goes down near identically to a comparable scene in GTA4) but unfolds with enough swagger to make it worthwhile. The voice acting is excellent, with Will Yun Lee in particular giving Wei Shen a haunted voice that helps him stand out a little from the standard action game lead. The graphics are reasonably impressive (especially, as always, on PC), with the game's faux-Hong Kong standing out from other open world cities thanks to its bright lights and colourful backdrops. The city is also huge, with many hours of side-missions and activities (including some very enjoyable car races, although the bike handling is a little stiff) awaiting the intrepid gamer. As mentioned above, the melee combat is also tremendously enjoyable to use and spectacular to see in action. Even some of the dreaded minigames are genuinely fun, with the karaoke game being particularly bonkers.

On the downside, the gunplay is surprisingly poor. There is relatively little of it in the whole game, which is not so bad, but the endgame is completely dominated by it which is makes it a lot more annoying. The game also suffers from a really bad case of story dissonance: Wei can run civilians over, blow up cars and buses and cause quite a lot of mayhem, but the only penalty he gets is a reduction to the bonus XP available at the end of the mission. Given that Wei is a cop, this is both unconvincing and also just really weird. You can try to roleplay more as Wei the cop, avoiding the carnage, but this becomes more difficult on missions with tight time limits.

Sleeping Dogs (***½) isn't a classic of the genre, but it's solid enough. It's certainly a very large game and packs a lot of ideas and even a few fresh innovations into the GTA formula, but it's still pretty standard stuff for a game of its type. Well-executed and very solid, but rarely outstanding. The game is available now in the UK (PC, PS3, X-Box 360) and USA (PC, PS3, X-Box 360).
Posted by Adam Whitehead at 19:08

A vastly underrated game when it was first released, hopefully the "Definitive Edition" re-release will fare better.