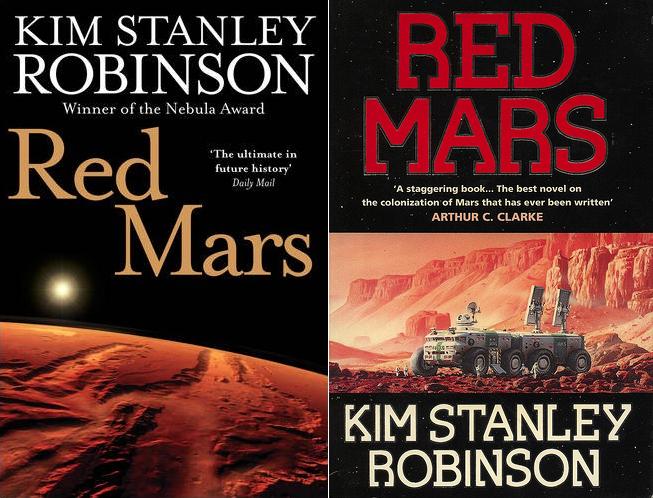 Consisting of Red Mars (1992), Green Mars (1993) and Blue Mars (1996), the trilogy spans almost two hundred years (between 2027 and 2212) and depicts the colonisation of Mars by the initial First Hundred group and subsequent waves of immigration. As the years pass, socio-economic tensions rise between the original settlers and later arrives, and between Mars and an Earth increasingly desperate to offload its bloated population (threatened by viruses and climate change) on the new world. The rising threat of war, independence and the impact of a new medical science that retards the ageing process are all key storylines in a story that involves dozens of major characters.

James Cameron and Gale Ann Hurd worked on a mini-series idea based on The Mars Trilogy for several years in the late 1990s and early 2000s. This project was not tremendously faithful to the novels - rumours abounded of a 'sexy female android' character when no such entity exists in the books - but it did wind up being developed for several years at AMC. It was not greenlit, but it did introduce Hurd to the team at AMC that eventually ended up making The Walking Dead. Five years ago, AMC resurrected the project with writer-director Jonathan Hensleigh on board (Die Hard with a Vengeance, Welcome to the Jungle, The Punisher, Armageddon), but eventually passed.

Spike TV are best-known for their reality programming, and news that this project was in development with them came as a surprise.If Spike treat the subject seriously (i.e. don't turn it into a revolutionary shoot 'em up) and put some serious money behind it, this could be both a very good TV series and mark a change in direction for the channel. The potential for this going horribly wrong is very high, however.
Posted by Adam Whitehead at 14:55

Jesus tittyfucking christ on a bicycle, the WWE channel? Of all places?

This is such an odd pickup for Spike. They better not screw it up. I have low hopes, though.

WWE hasn't been on Spike for almost a decade. There's another wrestling promotion on there, TNA, but Spike is giving them the boot. On the other hand, Spike used to host UFC and currently hosts Bellator, so your reaction is still warranted.

What worries me is that Spike is one of those networks that relies on reality television as its bread and butter.