20th Century Fox have commissioned director Neill Blomkamp to work on a new Alien film. The director of District 9, Elysium and Chappie had hinted he was working on ideas for a new film in the franchise a few months ago. 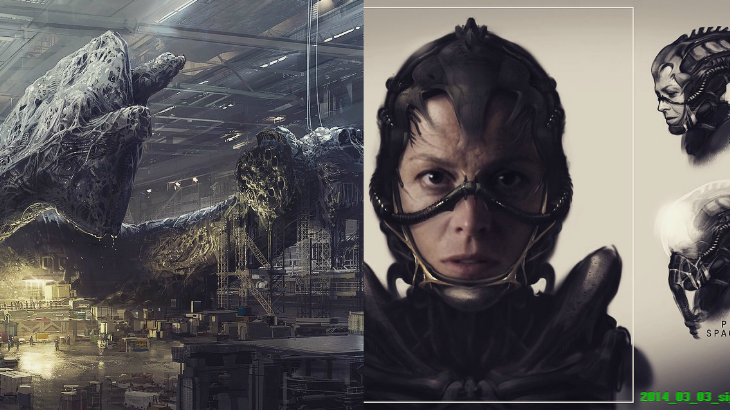 The new project is proceeding simultaneously alongside Ridley Scott's Prometheus II. Scott had previously suggested that the sequel to Prometheus would move away from even the vague connections to the xenomorphs the original film had in favour of the mythology and backstory of the Engineers. Whilst Fox is okay with this - Prometheus grossed almost half a billion dollars at the box office - they also seem to want to continue the core Alien franchise at the same time.

Little is known about the new film, although in Blomkamp's concept art it appears he was considering a 'proper' Alien 5 with Sigourney Weaver and possibly even Michael Biehn reappearing in their roles as Ripley and Hicks. The fact that Hicks died (controversially off-screen) in Alien 3 has hinted that Biehn might be following Scott's idea that none of the films after Aliens should be considered canon. I can't see Fox entirely being happy with that (it would remove no less than four films from the canon) unless they thought it would make them a ton of cash.

If work is only starting now, it's unlikely we will see Alien 5 before late 2017 or early 2018 at the earliest. This would make for easily the longest gap in the main series since the franchise started in 1979. It remains to be seen if Blomkamp can breathe some new life into this increasingly tired foe.
Posted by Adam Whitehead at 14:53

Off-topic but have you read any ALIEN tie-ins, AW?

Some of the novels and comics years ago. I vaguely recall EARTH WAR and NIGHTMARE ASYLUM. Some of them were pretty good, until the later films seemed to de-canonise them.

(not sure if my earlier comment was posted so trying again, sorry)

Off-topic, but have you read any ALIEN tie-ins, AW?

What's great about you is that you reported this correctly, as you always do. I've been amazed by how lacking in clarity or actual facts the majority of the reports I've seen on this. That's why you're always my favorite blog. Well, that, and I agree with you on 90% of your reviews!

Does Fox really care about canon? Do casual fans? Given that the opening from Alien 3 is a tone-deaf middle finger to Cameron's film and 4 is uninspired schlock (to say nothing of the AvP trash), let a young gun take a crack at it and see if there's something worth salvaging.