Paul Kearney's first Warhammer 40,000 novel, Dark Hunters: Umbra Sumus, was originally announced for publication by the Black Library for May of this year. It was then sneakily brought forward to the start of this month, meaning that it should have been out already. Unfortunately the book was pulled at the last moment due to a problem with its name. 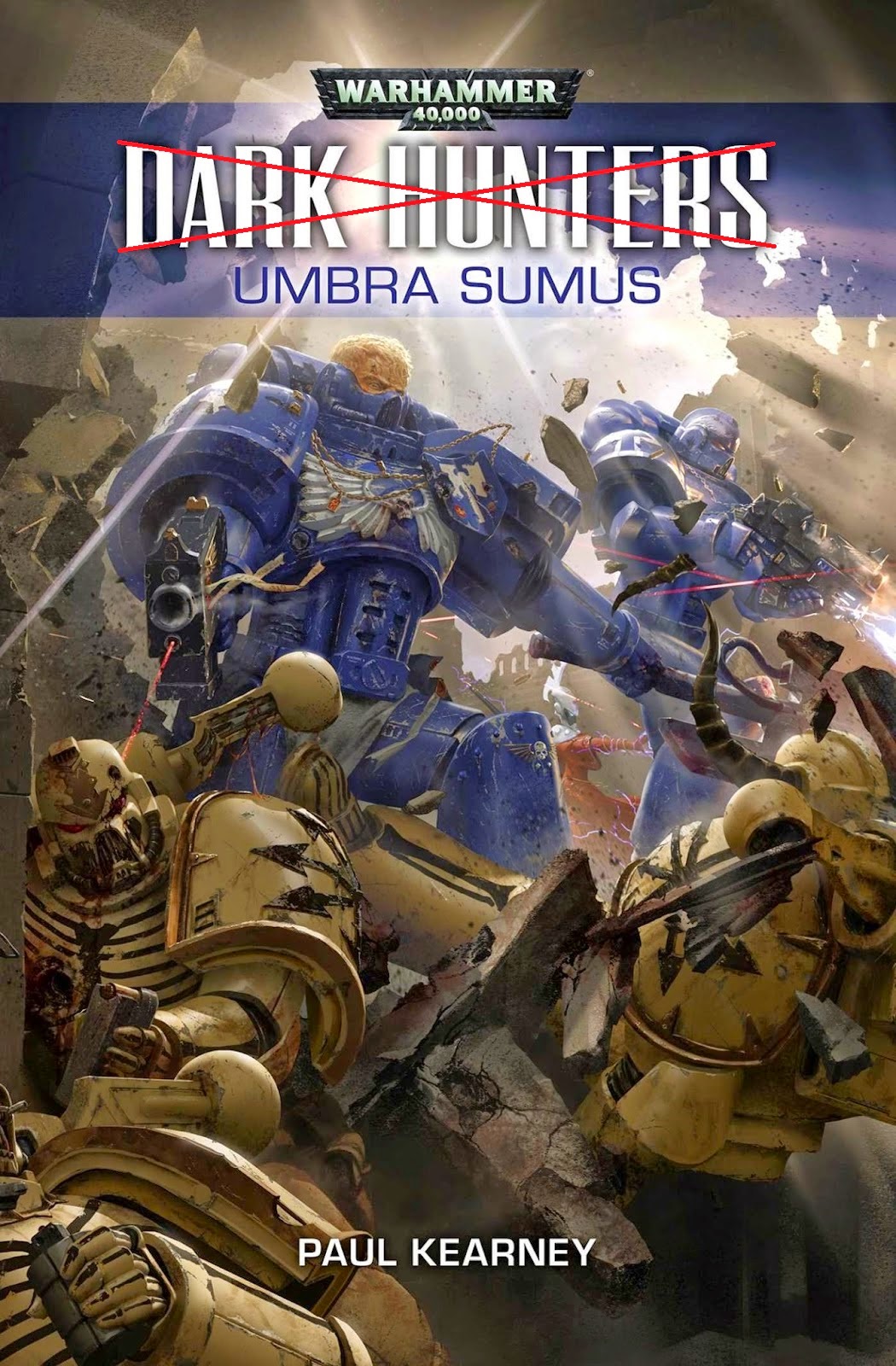 Not Umbra Sumus, which is fine, but the series title, Dark Hunters. In WH40K lore, the Dark Hunters are a Space Marine chapter tasked with tracking down and destroying a Chaos Marine chapter known as the Punishers. Even by the grim standards of the setting, the Hunters are noted for being resolute and not much fun at parties.

The problem with this is that there is a quite well-known series by American  urban fantasy superstar Sherrilyn Kenyon, also known as Dark-Hunter (I'm assuming the hyphen and singular title is what BL missed when seeing if the term was already copyrighted). It began in 2002 and now comprises 26 novels, accounting for the majority of Kenyon's 30 million+ sales. Although not often discussed on genre websites, it's one of the biggest series in the genre with sales far outstripping that of the likes of The Dresden Files. 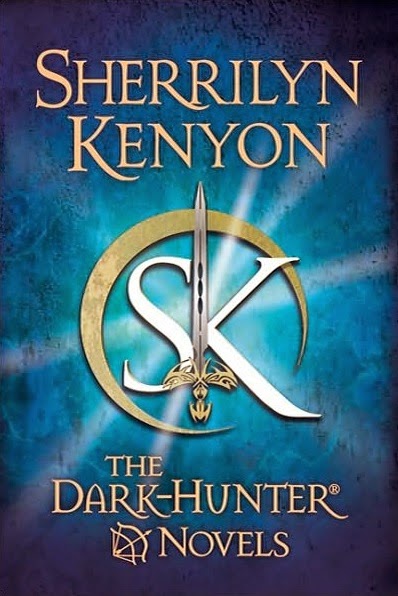 Even the mighty Games Workshop knows better than to take on the legal forces of an author so popular she can make a logo out of her initials.

Umbra Sumus and the previous Dark Hunters WH40K material has been withdrawn and will be reissued after a title change, hopefully later this year. It's unclear at the moment if the BL will have to completely rename the Dark Hunters chapter in all of the lore as well.

Paul is also working on a new novel for Solaris, The Wolf in the Attic, which is now looking like an early 2016 release.
Posted by Adam Whitehead at 11:45

Dark Hunters seems to follow the "rules to name your rogue" with Dark, Shadow, Assassin, Hunter, Killer or a combination of those.

I don't quite understand the situation. "Dark Hunters" is so generic and the series are so different that this shouldn't be a problem, right? Could someone enlighten me?

The term "Dark Hunters" has been copyrighted as a title. An argument could be made that the term can be used in a book as it is generic (I'm pretty sure Batman has been called a dark hunter before now), but as an actual title, no. It belongs to Sherrilyn Kenyon.

That's why the book series will have to be renamed but - cross fingers - the Space Marine chapter itself may be able to keep the name. Black Library/Games Workshop may decided to err on the side of caution though.

Games Workshop (not Black Library, which is a separate division) did try to copyright the term Space Marine but didn't get very far due to its genericness and long-standing use in the SF genre.

I agree that GW can be overly-litigious at times, but OTOH Paul has had such atrocious bad luck in publishing that I definitely wouldn't wish any more on him. Luckily the book should still see the light of day and in the relatively near future (alas for the SEA-BEGGARS).

I wonder if Sherrilyn Kenyon was not just being proactive with Warhammer. Had they not defended their copyright I wonder if Gameworks might come back later and sue them.

'The term "Dark Hunters" has been copyrighted as a title.'

@Adam: The R in a circle after "Dark-Hunter" on the image above indicates a registered trademark, not a copyright; generally speaking, I don't believe you can copyright a title (but IANAL). (So I presume GW tried to trademark "Space Marine.") See here for more:

...anyway, "Umbra Sumus" is a cool name - hopefully they'll come up with something for the series title soon, but wow, what a PITA to hit this late in the game! ;-(

Any word yet on the concluding sea beggars? Last I heard solaris lawyers were trying to come to terms with Bantaam (us). Do you think we will ever see the concluding book or is it a pipe dream?