Red Eagle Entertainment, producers of the widely-panned Wheel of Time "pilot" informercial, have decided to alienate the few remaining Wheel of Time fans who didn't despise them by suing Robert Jordan's widow for 'slander'. The text of their complaint in full:

Law360, San Diego (February 12, 2015, 8:08 PM ET) -- The producers of a TV adaptation of Robert Jordan’s “Wheel of Time” fantasy book series accused the author’s widow of slander on Thursday in California federal court, alleging she publicly ridiculed the pilot that aired days before the producers’ rights were set to expire.

Red Eagle Entertainment LLC’s 30-minute pilot for the series aired on FXX in the early hours of Feb. 9, at 1:30 a.m. EST, and was quickly derided by fans and writers for its low-budget special effects, slow pacing and stilted acting. Red Eagle’s rights to the series would have expired on Feb. 11 if it hadn’t aired anything.

Jordan’s widow Harriet McDougal released a statement Monday distancing herself from the pilot. She claimed that her company Bandersnatch Group Inc., which is Jordan’s successor in interest, had a deal with Universal Pictures to produce the show, not Red Eagle.

“I see no mention of Universal in the ‘pilot,’” she wrote. “Nor, I repeat, was Bandersnatch, or Robert Jordan's estate, informed of this in any way. I am dumbfounded by this occurrence, and am taking steps to prevent its reoccurrence.”

Red Eagle alleges that it granted some rights to Universal but they reverted back to Red Eagle last year. McDougal knew Universal was no longer involved because she and her lawyers were told about the rights change, according to the suit. Her statement was meant to disparage the show and cast doubt on Red Eagle’s legal ability to produce the pilot, the company alleged.

“Instead of confirming the rights for which she has been so richly compensated for, McDougal sought to harm the business prospects of [Red Eagle] by making statements she knew to be false,” Red Eagle said.

Red Eagle’s dealing with Jordan dates back to 2004, when a subsidiary paid Jordan $35,000 for a one-year option to buy movie and TV rights for the first of 15 books in the “Wheel of Time” series. The company eventually paid another $595,000 to extend the option and buy the rights, which would revert back to Bandersnatch if nothing came of the deal, according to the complaint.

The subsidiary, Manetheren LLC, signed a separate deal with Universal in 2009, giving it an interest in making films or a TV show based on the book, but the rights came back to Manetheren in February 2014 because Universal hadn’t started shooting by then, the complaint said.

McDougal was invited last year to a series of meetings between Manetheren, Sony Pictures Television and Radar Pictures LLC about a possible TV series and offered to serve as a consultant, according to the suit. Red Eagle claims McDougal never raised any concerns about Manetheren’s rights to go ahead with the show.

Manetheren further claims McDougal breached a 2008 deal over comic book rights, with both sides agreeing not to make any negative or contentious public statements about each other. And contrary to McDougal’s released statement, Manetheren was not required to get her approval before releasing the show, the producers said.

Representatives for the parties did not immediately respond Thursday to requests for comment.

Counsel information for the defendants was not immediately available. 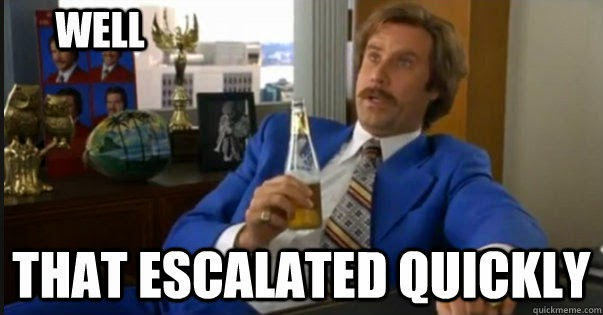 
"This morning brought startling news. A “pilot” for a Wheel of Time series, the "pilot" being called Winter Dragon, had appeared at 1:30 in the morning, East Coast time, on FXX TV, a channel somewhere in the 700s (founded to concentrate on comedy, according to the Washington Post).

It was made without my knowledge or cooperation. I never saw the script. No one associated with Bandersnatch Group, the successor-in-interest to James O. Rigney, was aware of this.

Bandersnatch has an existing contract with Universal Pictures that grants television rights to them until this Wednesday, February 11 – at which point these rights revert to Bandersnatch.

I see no mention of Universal in the “pilot”. Nor, I repeat, was Bandersnatch, or Robert Jordan’s estate, informed of this in any way.

I am dumbfounded by this occurrence, and am taking steps to prevent its reoccurrence."

Some interesting points to extract from this:

Red Eagle's 2004 deal was for The Eye of the World alone, not the entire series. The later extension to $595,000 does not state if the entire series was included in the deal, especially interesting given that at the time only ten (of fifteen) novels were available. $600,000 seems a rather low price to pay for a series that by then had already chalked up three #1 New York Times bestsellers and had already sold over 40 million copies in the United States alone, which suggests that the rights may not have been for the full series (or Robert Jordan was feeling extremely generous). If Red Eagle only own the rights for the first book, or even the first few, then the chances of them getting the whole series made would seem to be very slim given that Bandersnatch are (especially after the events of this week) highly unlikely to ever sell them the remainder.

This revelation does confirm that Red Eagle made at least a $405,000 profit by re-selling the rights to Universal. They did this in 2008 for a reported "seven figure" deal. If that deal was for a few million, then Red Eagle's profit would have been substantially greater.

The news does also confirm that Sony Pictures were interested in taking on the project. Given that Sony's best-known recent TV project was Breaking Bad, which they exerted considerable influence over and reportedly protected from the kind of executive meddling at AMC that had caused problems on its other dramas, this at least shows that Red Eagle was dealing with the big leagues. There are no indications if Sony remain interested in the project.
Posted by Adam Whitehead at 19:23

Well, I guess the good news is both sides seem willing to come to some sort of conclusion instead of not doing much like the past years have been. I don't see how REE has much of a case on slander, but I'm assuming the endgame is to settle out of court in some manner so both parties can move on from here on out.

I'm waiting for the REE apologists that infiltrated the pilot thread to put a positive spin on this one.

I may be waiting for some time...

It's a legal pre-emptive strike and utterly despicable. These people clearly have no shame.

I can't stand REE. They've had years to do something with this property and all they've actually produced is a failed comic. They had their chance, and now they need to just go away and let someone else who is more competent and has more respect for the series have a go.