The Dungeon Master Has Left the Building

Gary Gygax, the co-creator of the Dungeons and Dragons role-playing game and thus the the entire hobby, passed away today at the age of 69, and is survived by his wife, six children and seven grandchildren. Gygax had been suffering the after-effects of a series of strokes in 2004 and also had an inoperable abdominal aortic aneurysm. 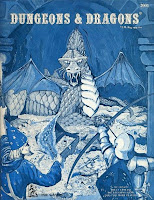 Gygax's impact on the fantasy genre is colossal, although his own novels are not well-regarded. He started playing wargames in 1953 but later claimed gaining a lot of inspiration from Avalon Hill's Gettysburg (published in 1958). In 1967 Gygax organised the first Gen Con gaming convention at his own home, which is now the world's biggest international gaming convention (with 27,000 attendees in 2007). He first met Dave Arneson at the second Gen Con in 1969. In 1971 Gygax released a miniatures wargame called Chainmail. Arneson had developed his own fantasy-based 'setting' for the game called Blackmoor and it was a combination of the rules from these two games that let to the first, basic version of Dungeons and Dragons, published in 1974 under the company name 'Tactical Studies Rules' (TSR). A self-published fanzine was issued called The Strategic Review, but this rapidly evolved into Dragon Magazine, which is still published today.

Dungeons and Dragons was the first recognised roleplaying game and gave birth to a hobby which, it was estimated in 2001, that over 20 million people regularly played. Gygax continued to develop the game through various editions, with the first major revision being Advanced Dungeons and Dragons in 1978. Gygax's home 'campaign setting' of Greyhawk became one of the default campaign settings for the game. In the early 1980s Gygax took a back seat from the company to concentrate on other projects, such as the Dungeons and Dragons cartoon series. Whilst TSR had enormous success in this time by branching out into publishing novels (most notably the Dragonlance line, which went on to sell over 4 million copies in its first decade), its success in the RPG market was challenged by rival companies. Gygax, feeling that TSR was being mismanaged in his absence, left the company in 1985 under a storm of litigation.

Gygax subsequently published two well-received RPGs, Dangerous Journeys (1992) and Legendary Adventure (1999) before entering a state of semi-retirment. Despite his breach with TSR, he reestablished contact with the company in the early 1990s, allowing Greyhawk to be adapted to the 2nd Edition of Advanced Dungeons and Dragons. After TSR collapsed and was bought out by Wizards of the Coast in 1996, he provided additional advice and again allowed Greyhawk to be adapted for the 3rd Edition of the game (released in 2000). He continued to attend Gen Con, but in 2004 suffered two strokes in rapid succession and entered a period of retirment.

Gygax also published ten novels (seven of which were Greyhawk books featuring Gord the Rogue) and lent his voice to a cameo appearance in the Futurama episode Anthology of Interest, in which he was shown to roll dice to decide what course of action to take in parody of the D&D rules. In Futurama Gygax was depected as one of an elite taskforce led by Al Gore and also consisting of Stephen Hawking and Nichelle Nichols (all voicing themselves), whose mission is to safeguard the space/time continuum.

Gygax was keen to distance himself from Tolkien, instead saying his primary influences were the likes of Jack Vance (whose Dying Earth magic system he basically plundered for D&D) and Fritz Lieber. Many modern fantasy authors played RPGs in their youth and some - such as Steven Erikson and Ian Cameron Esslemont's Malazan world; and Raymond E. Feist and the Abrams brothers world of Midkemia (from the Riftwar series) - created their signature worlds as settings for the game.

For myself, I spent over a decade regularly playing in D&D games with close groups of friends, which provided a host of great memories and moments.

Best wishes to Gygax's friends and family. He will be missed.

Paul S. Kemp, the author of the Erevis Cale series of novels (set in the D&D shared world of the Forgotten Realms), wrote the following:

When you go home tonight, roll some twenty siders with friends, use the word "zounds" in a sentence, then leaf through the 1E Dungeon Master's Guide and marvel at the breadth of the man's imagination.

I mentioned in a post last year that I'd always meant to ask him to sign one of my books for me, but it seemed too presumptuous so I didn't. I wish I had. My career in writing owes a lot to him. When I was young and had nothing but time I used to stay up late and literally pore over the Dungeon Master's Guide, Player's Handbook, and Monster Manual. All were incredible sparks to my imagination.