Solaris Books have revealed the latest version of the cover art for their upcoming new Paul Kearney novel, The Wolf in the Attic, as well as issuing a new blurb. It sounds like Solaris are very impressed with this book and are going to be pushing it out with some fanfare. 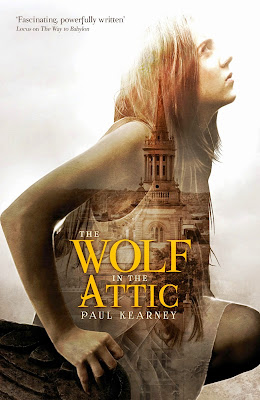 In 1920's Oxford a little girl called Anna Francis lives in a tall old house with her father and her doll Penelope. She is a refugee, a piece of flotsam washed up in England by the tides of the Great War and the chaos that trailed in its wake. Once upon a time she had a mother and a brother, and they all lived together in the most beautiful city in the world, by the shores of Homer's wine-dark sea. Anna remembers a time when Agamemnon came to tea, and Odysseus sat her upon his knee and told her stories of Troy.

But that is all gone now, and only to her doll does she ever speak of it, because her father cannot bear to have it recalled.

She sits in the shadows of the tall house and watches the rain on the windows, and creates worlds for herself to fill out the loneliness. The house becomes her own little kingdom, an island full of dreams and half-forgotten memories.

And then one winter day, she finds an interloper in the topmost, dustiest attic of the house. A Romany boy named Luca with yellow eyes, who is as alone in the world as she is.

In this way she meets the only real friend she will ever know. 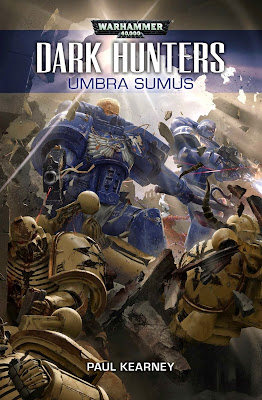 The Space Marines of the Dark Hunters, descendants of the White Scars and their savage primarch Jaghatai Kahn, are called to battle on the world of Ras Hanem, a world they thought long since liberated from the grip of heresy and returned to Imperial rule. Many years ago, the Dark Hunters defeated the traitor warband known as the Punishers on that world, in a conflict that left deep wounds in the Chapter. But now the Punishers have returned, seeking vengeance upon their would-be destroyers. Captain Jonah Kerne of Mortai Company is set to annihilate the traitors once and for all, but the cost of victory may be too high for him to bear...


Meanwhile, Scott Lynch has confirmed that, despite a slip into 2015 for The Thorn of Emberlain, there will be no more six-year waits. The novel is on track for a mid-to-late 2015 release and Lynch is promising news about some other projects between now and then as well.
Posted by Adam Whitehead at 18:51