GAME OF THRONES: IRON FROM ICE gets a release date

The first episode in Telltale's Game of Thrones adventure series, Iron From Ice, now has a release date. 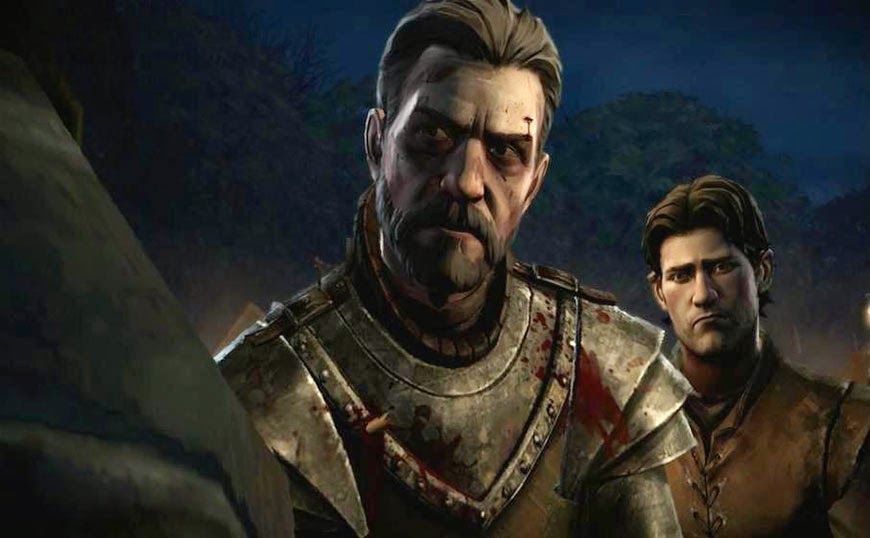 The episode will drop on 2 December - that's next Tuesday - for PC, Mac and American PS4s. X-Box 360, XB1 and other PS4 markets will follow on 3 December. The iOS release will be on 4 December, whilst PS3 owners have to wait until 9 December for unknown reasons. Android will follow up later in the month.

The game series will consist of six episodes in total. The release dates for the remaining episodes is unknown, but it's been rumoured that the game series should wind up in time for Season 5 of Game of Thrones starting on TV, likely in the first week or so of April. That would make for a pretty tight turn-around for Telltale, who sometimes go 2-3 months between episodes on their other games, but possible if they've pre-planned this series a bit more thoroughly than some of their others.
Posted by Adam Whitehead at 20:43

Email ThisBlogThis!Share to TwitterShare to FacebookShare to Pinterest
Labels: a game of thrones (TV series), a song of ice and fire, game of thrones: the adventure game, george r.r. martin, iron from ice, news, telltale games