Louisiana, 1995. A young girl's body is found tied to a tree, the victim of what appears to be a ritualistic murder. Two officers are assigned to the case: Martin Hart, a dyed-in-the-wool traditional detective who enjoys drinking and is having an affair, and Rust Cohle, a ferociously intelligent man who ponders philosophical and existentialist concepts whilst working. Over the course of seventeen years, the case is apparently solved but then re-opened again as Hart and Cohle, whose relationship suffers seismic shocks, face the possibility that they may have gotten things wrong. 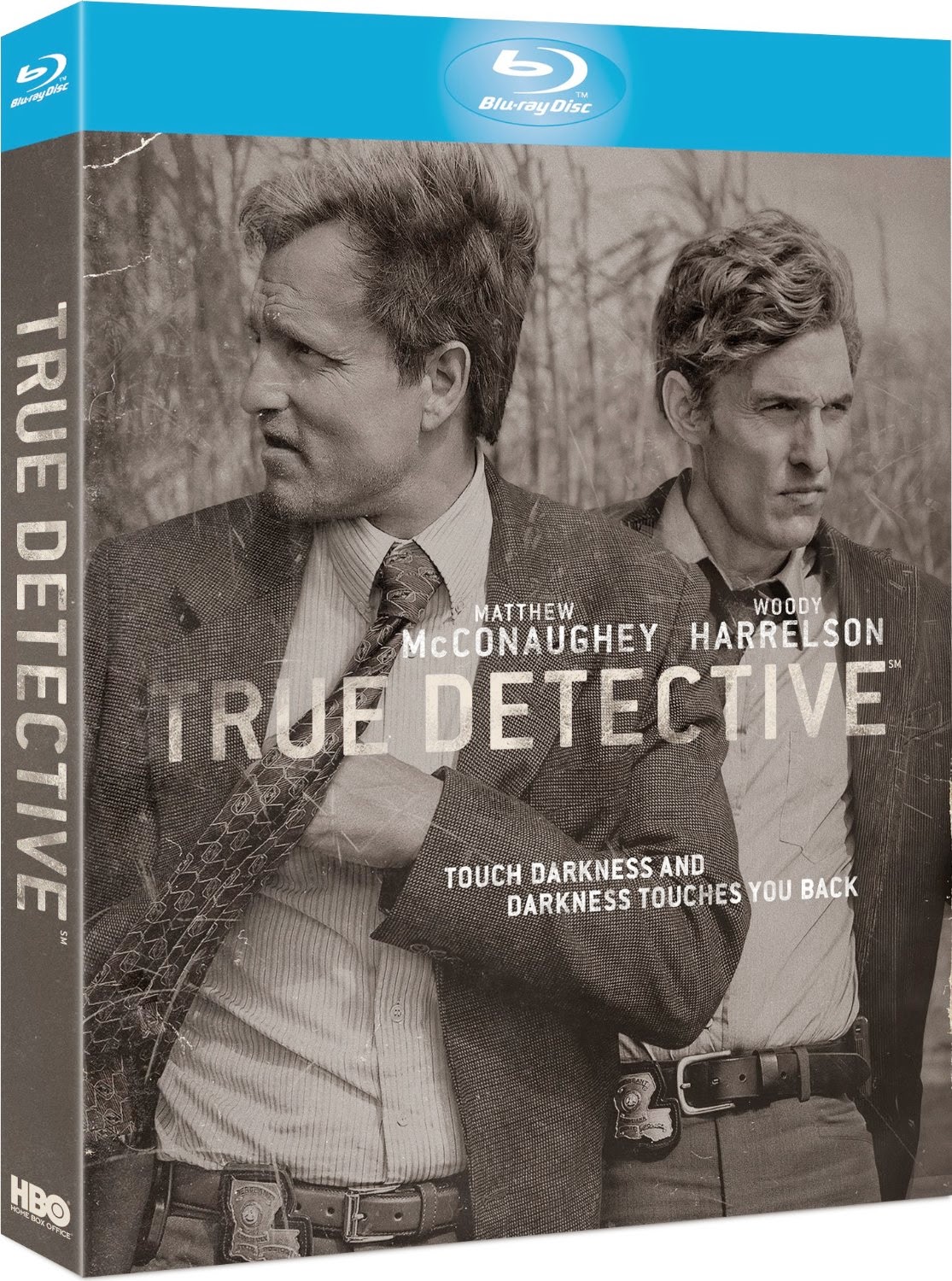 True Detective is HBO's latest big-hitter series, an anthology show in which each season will be a different, self-contained story with its own locations and characters. This first season is set in Louisiana (after True Blood and Treme, HBO probably have a discount on filming there) and is focused on a very clever serial killer who knows how to make it look like he's disappeared whilst carrying on his work.

True Detective has won enormous plaudits for a number of its achievements, and I can only join the choir here. The cinematography is breathtaking, the sense of atmosphere and place vivid and the acting by everyone, but in particular Woody Harrelson and Matthew McConaughey, is outstanding. The show's artistic ambition, using the traditional detective story framework to express thoughts and ideas about science, religion, nihilism, existentialism and corruption, is commendable. The structure of setting the story in three distinct timeframes and moving between them is also very successful, with the 1995 segment foreshadowing and the 2012 segment obliquely referencing things that happened in the 2002 segment which we then get to see unfold.

The show does have a number of problems, however. For a story that only lasts for eight hour-long episodes, the pacing often feels off. Some episodes are rammed full of incident, character development and thematic musings and are highly compelling. Others are almost bereft of substantial content until the obligatory end-of-episode cliffhanger. Or to put it another way, a show this short really shouldn't have such long periods which nothing much is going on. There is also the confusion of the show making frequent references to Robert W. Chambers's The King in Yellow (itself an inspiration for Lovecraft's Cthulu mythos) but then not making it clear that the book itself does not exist in the show's universe.

The series also hints that it may represent the end-point of what television as an art form can do, particularly on a short timescale. Rust Cohle returns to the ideas of the point of our existence in an empty universe, the struggling with the idea of an afterlife and the inescapable loneliness of being stuck inside our own skulls several times, but each time doesn't really develop them or have more to say on them. We get some great quotes out of these ruminations, but little more. This is because a TV show focused on a more traditional narrative drive simply hasn't got the time or space to delve into these ideas as well as a novel can. If this is the Golden Age of Television, True Detective hints at what might become its limiting factor.

Other complaints may be made, particularly over the thinness of the female characters and some rather completely out-of-place sex scenes (this is HBO, after all), but these complaints are to some degree born out of the premise, of the dwelling on the relationship between these two very different men (one of them old-school with misogynistic tendencies).

The first season of True Detective (****) is a rich, visually rewarding and structurally inventive story driven by outstanding performances and clever - if not developed fully - thematic ideas. There are also too many longueurs and moments of narrative stasis in a story that should really be unfolding with more verve and drive, but overall this is an impressive story. Whether Nic Pizzolatto can strike gold again with the forthcoming second season remains to be seen. The series is available now on DVD (UK, USA) and Blu-Ray (UK, USA).
Posted by Adam Whitehead at 15:21

Good review, thanks. I've been debating checking this series out. I'm not much into nihilism and existentialism. But I do love me some King in Yellow references that aren't spoonfed.

May need to watch it.