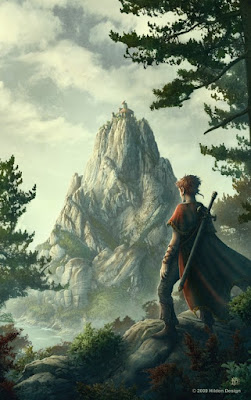 The Last King of Osten Ard itself is still (so far) a trilogy: The Witchwood Crown will be published in early 2017 and will be followed by Empire of Grass and The Navigator's Children. However, there will now be a new bridging book set between the events of To Green Angel Tower and The Witchwood Crown. Williams hopes that this book, which will be shorter than his usual fare, can now be published in 2016 to help make up for the delay in the publication of The Witchwood Crown, which is now complete but waiting on the publishers.
Posted by Adam Whitehead at 21:28

Thanks for information.
Memory, Sorrow and Thorn is one of my all-time fantasy series favourites.