The reliable Redanian Intelligence has provided a new casting scoop for Season 2 of Amazon's Wheel of Time. 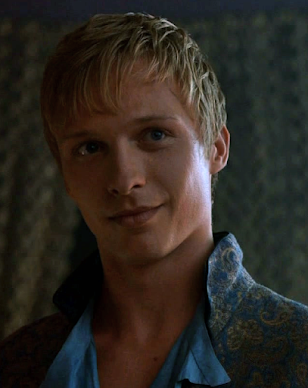 They've scooped three new actors for Season 2. First up is British actor Will Tudor, best-known for playing Odi on Humans, Sebastian Verlac/Jonathan Morgenstern on Shadowhunters and Olyvar, right-hand-man to Littlefinger, on Game of Thrones for three seasons. According to the Intelligence, he will be playing Lord Barthanes Damodred, an important, influential and somewhat sinister nobleman. In the second Wheel of Time novel, Barthanes is something of a foil for Rand al'Thor and Mat Cauthon when their quest to recover two missing artefacts leads them to the capital city of the troubled nation of Cairhien. Barthanes is plotting against King Galldrian Riatin, with their two houses poised for civil war. Although the novels do not make much of the connection, Barthanes is a distant cousin of Moiraine (Rosamund Pike), a connection that may or may not appear in the TV show.

The second new player is Haruka Kuroda, a UK-based Japanese actor. Kuroda has recently appeared in Killing Eve, Claude and EastEnders, as well as providing voicework for the well-received video games Subnautica: Below Zero and Total War: Shogun 2. Kuroda will play the aunt of Min Farshaw (Kae Alexander), a friend and ally of Moiraine. In the novels, Min has three aunts who raised her in a mining village in the Mountains of Mist and taught her self-reliance and toughness. It is unclear if Kuroda is playing one of the three aunts or an amalgamation of the three. It's also unclear if she will appear in flashbacks or the present-day storyline.

The final actor cast is Natasha J. Murley, a relative newcomer with mostly theatre credits to her name. Murley's role has not been disclosed, though the potential roles from the second novel of The Wheel of Time, The Great Hunt (which is believed to provide at least most of the source material for the second season) are numerous. It'd be particularly interesting to see if Murley will play one of the Seanchan, as so far there has been no sighting of Seanchan castmembers for the second season, leading to some speculation if they are being held back for later, or may have even been cut altogether (which does some extremely unlikely).

Amazon's Wheel of Time TV series debuts this Friday. Season 2 is roughly halfway through filming, to debut in 2022.