Netflix has confirmed the casting of one of the most eagerly-awaited roles in its Avatar: The Last Airbender live-action TV adaptation. In a fan-pleasing movie, the role will by played by Kim's Convenience star and The Mandalorian guest star Paul Sun-Hyung Lee. 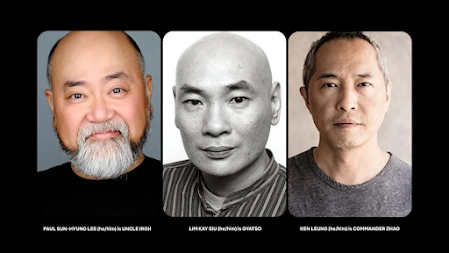 Lee has been one of the most common fancasts for the role since the show was announced. Iroh, the former heir to the Fire Nation throne until the death of his son and his subsequent grief-induced trauma rendered him unfit and ripe for usurpation by his young brother, Ozai (Daniel Dae Kim), is a mentor and companion to his rash nephew, Zuko (Dallas Liu). Zuko, in exile for cowardice when the show starts, seeks to capture the newly-revived Avatar to bring glory to his nation and restore his honour in the eyes of his father. Ozai wants Zuko to be a ruthless, amoral killer like himself, but Iroh tries to teach his nephew the ways of actual honour, kindness and inspiring troops through bravery and empathy. Iroh and Zuko's methods of dealing with the Avatar are in disagreement for most of the series.

Paul Sun-Hyung Lee rose to fame as the patriarch of the titular, convenience-store-owning family in Canadian comedy series Kim's Convenience, which ran for five seasons (2016-21). He also originated the role on the Canadian stage. Most of his work has been in on stage, but his success in Kim's Convenience has seen him break out into other roles. He has played guest roles on Dark Matter and Private Eyes, and played the role of New Republic Captain Carson Teva, an X-wing pilot, on two episodes of The Mandalorian. He was believed to be due to reprise the role in spin-off show Rangers of the New Republic, but that show was put on indefinite hold a few months ago, freeing him up for Avatar.

Veteran Singaporean actor Lim Kay Siu (Anna and the King, Night Watch) is playing Gyatso, a senior Air Nomad monk at the Southern Air Temple. Gyatso was the mentor, guardian and teacher of Avatar Aang (Gordon Cormier) before Aang was suspended in ice. Gyatso will, presumably as in the animated series, appear in flashbacks.

American actor Ken Leung has an impressive resume, having appeared in Rush Hour, AI: Artificial Intelligence, Vanilla Sky, X-Men: The Last Stand and multiple instalments of the Saw franchise, as Detective Sing. He also appeared in Star Wars Episode VII: The Force Awakens (as Admiral Statura). In television he is best-known for playing the role of reluctant spiritualist con man Miles Straume on Lost, appearing in 45 episodes spanning the fourth through sixth seasons. His other TV roles have included The Blacklist, Industry, Inhumans, Zero Hour, The Good Wife, Person of Interest and The Sopranos.

Leung is playing Commander Zhao, an ambitious Fire Nation naval captain who learns of the Avatar's revival and plots to capture or kill him, sometimes working with and sometimes against Prince Zuko. Zhao is the primary antagonist of the first season of the original series. 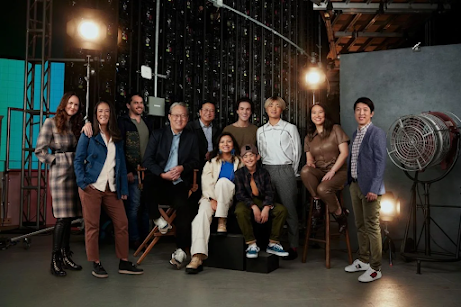 Principal photography on the show began today, with Netflix releasing a group photo of the main cast and crew. Shooting is expected to run through the end of spring 2022, with the show to air in late 2022 or early 2023.