More than twenty thousand years in the future, known space has been united under the rule of the Galactic Empire. The Empire has provided stability and peace for twelve millennia, the last four centuries of which have been under the rule of the Genetic Triumvirate of the Cleon Dynasty. The three emperors are enraged when respected mathematician Hari Seldon announces the discovery of psychohistory, a mathematical and statistical modelling which allows the prediction of future events. Seldon predicts nothing less than the collapse of the Empire, plunging humanity into a period of barbarism he expects to last thirty thousand years. 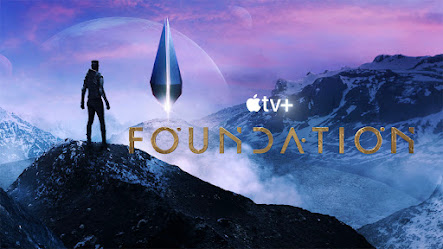 I went from being a fan of the books and open to a re-imagined show to a full on hate watch by the end. Concur with most of your points. I was wholly opposed to inventing a genetic dynasty but it's the best part of the show. I can't empathize at all with Salvor Hardin and consider her a Mary Sue. They give her a reason to be a chosen one in the last episode but this doesn't work after a whole season spent telling me rather than showing me she's special. Gaal Dornick is also thin, but still has something. And I feel sorry for Alfred Enoch as Raych, who is just there as a boy toy, with no time to develop any more complicated perspective. And so many, many things that make absolutely no sense: Hari Seldon with advanced tech the Foundation does not possess; unexplained magical powers (as opposed to mental science in the later books); and they went out of their way to change scenes in the least believable way possible (the Imperial ship is destroyed but the sole survivor lands unharmed at their feet, the boyfriend Hugo jumping across the galaxy in a space suit and then giving Salvor his ship, which is his sole livelihood, and which we were told initially she cannot fly (until she can). Not quite the mess of Rey in Star Wars, as Salvor does suffer and lose people, but pretty close.