Middle-earth Enterprises, the rights-holding and media company for works related to J.R.R. Tolkien's The Lord of the Rings and, partially, The Hobbit, has been sold by its owners, the Saul Zaentz Company, to Swedish video game mega-company Embracer Group. The terms of the deal are unknown, but the Saul Zaentz Company previously valued the property at over $2 billion. 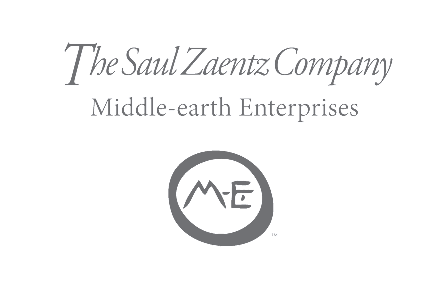 The history of the Middle-earth media rights is complex, but can be boiled down as follows: in 1968 J.R.R. Tolkien sold the screen rights and related merchandising rights to his novels The Hobbit (1937) and The Lord of the Rings (1954-55) to United Artists. United Artists sold the rights to film producer Saul Zaentz in 1976, who in turn set up Middle-earth Enterprises to handle the deal. United Artists included the full rights to The Lord of the Rings but retained some of the rights to The Hobbit, on the basis that any film adaptation would start with the first book before moving onto the sequel. However, Zaentz circumvented this by producing an animated film based directly on The Lord of the Rings in 1978, with Ralph Bakshi directing. MGM bought United Artists in 1981, acquiring their rights to The Hobbit in the process. Although Bakshi's film was unsuccessful, its existence allowed Middle-earth Enterprises to licence merchandising, including video games, colouring books and so on, as long as they were nominally related to the Bakshi film. A legal clarification also allowed the company to produce spin-off merchandise derived from the novels in very narrow fields, allowing for video games based on The Hobbit and the book version of The Lord of the Rings to follow.

In 1997, New Line Cinema acquired the film rights to The Lord of the Rings from Middle-earth Enterprises. Negotiations with MGM over The Hobbit fell through, so Peter Jackson proceeded with a feature film adaptation of The Lord of the Rings by itself, released to critical acclaim and mass commercial success in 2001-03. The legal agreement between Middle-earth Enterprises/The Saul Zaentz Company allowed for New Line to retain the film rights as long as new films were produced or fresh agreements could be made, otherwise the rights would revert. New Line merged with Warner Brothers Pictures in 2008.

After very complex negotiations, a deal was struck between New Line Cinema, Warner Brothers, Middle-earth Enterprises and MGM to produce a movie trilogy based on The Hobbit. This reached the screens between 2012 and 2014 and was commercially successful, but critically derided. In 2017 the Tolkien Estate clarified that they retained television rights to the Middle-earth franchise and reached an agreement worth $250 million with Amazon Prime Television to produce a TV show based on the books. This show, The Rings of Power, debuts on Amazon on 2 September after almost three years in production. Amazon reached a deal with New Line/Warner Brothers to allow them to use some aspects of the visual design of the films if necessary.

In June 2021, Warner Brothers announced they were developing a new animated film, The Lord of the Rings: The War of the Rohirrim, as a cinematic release. It was later claimed this was a rights-holding exercise, allowing Warner Brothers to retain ownership of the film rights for a further period of time. However, the Saul Zaentz Company argued that an animated film did not fulfil the terms of the contract. As a result, in February 2022, the Saul Zaentz Company and Middle-earth Enterprises announced they had regained control of the film rights and would be selling them off to the highest bidder, with a minimum price of $2 billion.

Warner Brothers subsequently argued that by putting The War of the Rohirrim into production, they retained the feature film rights to the franchise. It is believed the two companies then went into arbitration.

The news today, to some extent, kicks the can down the road. By selling the entirety of Middle-earth Enterprises to Embracer, the Saul Zaentz Company gets paid and basically leaves Embracer to make the legal arguments themselves.

The move certainly comes as a shock to the industry, who expected the sale to be delayed until the legal dispute had been resolved, and certainly did not expect an overseas video game company to swoop in and buy out the rights. With Amazon producing the Rings of Power TV show and having recently acquired MGM (and their rights related to The Hobbit), it was assumed that they would buy out the Saul Zaentz Company's rights. This move suggests that either Embracer offered far more money than Amazon were willing to pay, which seems highly unlikely, or Amazon decided it didn't want the extended franchise rights, which also seems unlikely. It'll be interesting to see what the explanation is for that.

In the meantime, Embracer have certainly acquired the video game rights to The Hobbit and The Lord of the Rings.

Projects already underway, such as Daedalic Entertainment's upcoming video game The Lord of the Rings: Gollum, are unaffected by the move.

Swedish video game company Embracer Group was founded in 2011 and began buying up smaller publishers and developers by the dozen, soon expanding into other media areas. As of August 2022, the company owns Dark Horse Media (owners of Dark Horse Comics), Asmodee (the owners of board game companies including Asmodee and Fantasy Flight), Gearbox Entertainment, THQ Nordic and Saber Interactive. Middle-earth Enterprises will continue to operate as a discrete company, with its video game operations to be handled in collaboration with Embracer Freemode.

Email ThisBlogThis!Share to TwitterShare to FacebookShare to Pinterest
Labels: embracer, middle-earth, middle-earth enterprises, saul zaentz, the lord of the rings

Curious to see if Embracer plays the hypocrisy card as hard as Zaentz did, or if they'll treat it like content instead of cash.

Asmodee/Fantasy Flight Games produced an outstanding Lord of the Rings LCG (Living Card Game) that included both original content as well as expansions that followed The Hobbit and LOTR storylines. The game was on hiatus during Covid but the core set has recently been re-vamped and re-issued. It will be interesting if the game gets a boost and a new life now that parent company Embracer owns Middle-earth Enterprises.