Netflix have surprise-dropped a further episode of The Sandman. The episode, the eleventh of the first season, adapts two of the more acclaimed issues of the comic. 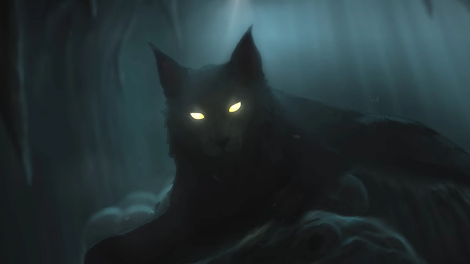 "A Dream of a Thousand Cats" is one of the most popular Sandman stories and tells the story of a cat who, distraught where her kittens are disposed of by her owners, seeks out Dream and learns more of the true history of the relationship between humans and cats. The fairy-tale nature of the story, and of course the popularity of cats, has made it one of the more enduring Sandman tales. The story is notable for confirming what was earlier only alluded to, that Morpheus deals with the dreams of every living creature in the universe, not just humans.

The TV version of the episode is animated and has an all-star cast, including Sandra Oh, Rosie Day, David Gyasi, Joe Lycett, Neil Gaiman himself (as the Skull Crow), James McAvoy, Nonso Anozie, Diane Morgan and Tom Wu, as well as the dual husband-and-wife teams of Michael Sheen and Anna Lundberg, and David and Georgia Tennant.

"Calliope" is presented in traditional live-action and follows the comic pretty closely, as writer Richard Madoc struggles with inspiration for his next novel and eventually takes possession of the imprisoned Calliope, one of the Greek muses. Madoc enjoys success, but is unaware that Calliope is the ex-wife of Morpheus and the mother of his child, attracting the ire of the King of Dreams. The TV version of this story also enjoys an impressive cast, featuring Melissanthi Mahut as Calliope, Arthur Darvill as Richard Madoc and Derek Jacobi as Erasmus Fry, with a supporting appearance by Amita Suman.

This release means that the Sandman TV series has now adapted the first 18 issues of the Sandman comic (which ran for 76 issues in total), covering the first two graphic novel collections, Preludes and Nocturnes and The Doll's House, as well as half of the third, Dream Country.

It'll be interesting to see if the two other stories from Dream Country are likewise dropped in a surprising manner. A Midsummer Night's Dream, in which Dream commissions William Shakespeare to create the first of two magical, original plays, is often cited as the best individual Sandman story and plays something of a role in the ongoing story arc of the series. The final story, Facade, is less likely to be adapted because the comic story uses another DC Universe character they don't necessarily have the rights to, so they would have to replace the character altogether.

This would free up Season 2 to adapt the fourth and fifth graphic novels, Season of Mists and A Game of You and potentially allow the show to wrap up in four seasons rather than five.

Netflix have yet to confirm a second season of The Sandman, but with the first season attracting blanket critical acclaim and being the #1 show on the service in over 80 countries, it feels pretty likely at this point.

Email ThisBlogThis!Share to TwitterShare to FacebookShare to Pinterest
Labels: the sandman