Uganda to bid to hold the first-ever African WorldCon

The World Science Fiction Convention may be headed to Africa for the first time in its history. A convention committee has formed in Uganda to bid for the right to hold the 2028 convention. 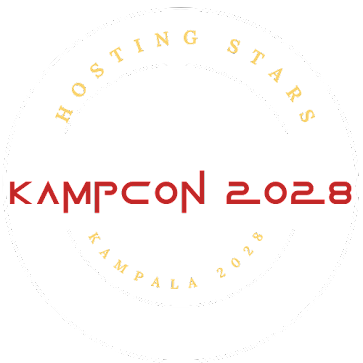 WorldCon is the annual convention of the World Science Fiction Society and is the premier science fiction and fantasy convention dedicated to literature. The first WorldCon was held in New York in 1939, and left the States for the first time in 1948 with a convention in Toronto, Canada. The first European WorldCon was held in London in 1957. In recent years the convention has moved further afield with events in Australia, Japan, Finland, the Republic of Ireland and New Zealand (reduced to a virtual con due to the COVID pandemic). The first-ever WorldCon in China will be held in 2023, specifically in Chengdu. This year's convention will be held in Chicago.
If successful, the first African WorldCon would be called KampCon and would be held in Kampala, Uganda's capital city. The bid chair is Kabunga Michael, an author, artist and fan. Film director Anita Nannozi Sseruwagi is also supporting the bid as part of the committee.
The bid is currently unopposed, although this might change with time. Other currently-unopposed bids include Glasgow, Scotland for 2024; Seattle, Washingon, USA for 2025; Tel Aviv, Israel for 2027; Dublin for 2029; and Texas for 2031.
UPDATE: Brisbane, Australia will also be bidding for WorldCon in 2028.
Posted by Adam Whitehead at 15:00

Uganda as the choice for the location of Worldcon is interesting, to put it mildly.

Maybe I spend too much time hanging out at tor.com but I have the impression that in the past years there has been an enormous growth of LGBT representation in speculative fiction.
Uganda, on the other hand, is notoriously homophobic. Homosexual people have to literally fear for their lives there.

Don't get me wrong, I don't harbor hate for Africa per se. In fact, I've worked numerous times in various African countries with an NGO and have met countless amazing people. But I'm also a straight guy. (I once had a fellow European gay co-worker who felt compelled to keep his sexual orientation secret because of the strong anti-gay sentiment in the country. And that was in CAR, not even Uganda.)

Obviously, there are plenty of other countries that have issues of their own kind. But like I said, I would be interesting to see how Uganda would cope with the LGBT-positive part of our community (including but not limited to openly gay/lesbian/trans authors).