The year is 2007. The world was laid waste in a nuclear exchange between the USA and Russia in the 1990s. As the survivors struggle to rebuild civilisation, the villainous Colonel Sloan goes AWOL on a remote island with an army of mercenaries. CyberCommando Sergeant Rex Power Colt is dropped on the island with orders to eliminate Sloan and wipe out his army before he can use some remaining nukes to wipe out the rest of the world. Or something. 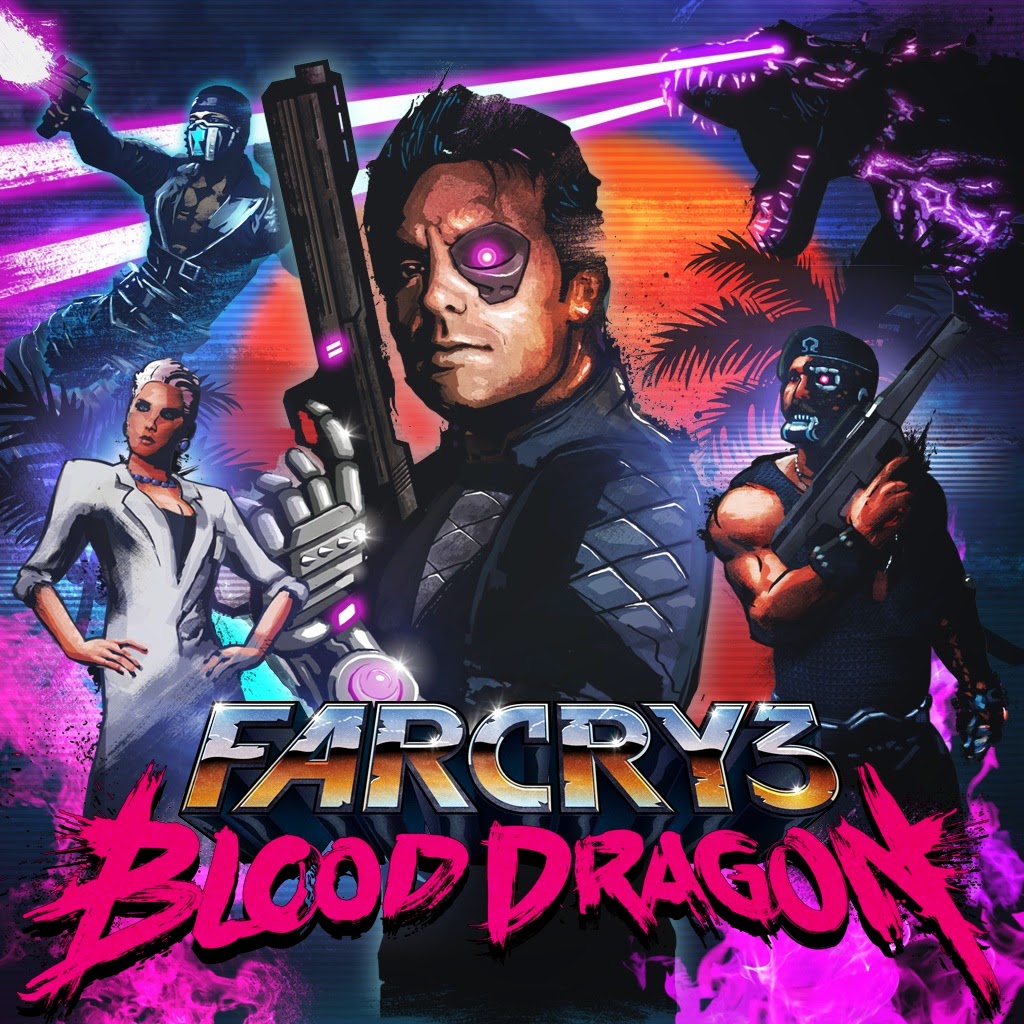 Blood Dragon is the screaming bonkers stand-alone expansion to Far Cry 3, with which it has very little in common apart from the game's basic structure of linear missions accessible through an open world. The game is a (somewhat redundant) mickey-take of 1980s action movies mixed in with more amusing deconstructions of the Far Cry series itself. The game opens with a terrible tutorial in which Colt is asked to do stupid basic tasks by his AI helper because of satire. This raises a brief laugh, before it goes on for way too long and ends up being really annoying. The game's 2D, 1980s-esque cut scenes are a bit like this as well: it's amusing to see these throwbacks to how narrative was handled back in the days of the Commodore 64, but then they go on for way too long and the dialogue goes from being deliberately corny to flat-out terrible. As a satire of 1980s action movies Blood Dragon doesn't really work, because the sort of films it is taking the mickey out of are beyond satire.

Luckily, the game itself hews closer to the traditional Far Cry formula, which remains fairly compelling. A lot of the more surreal makework from Far Cry 3 (like having to go on elaborate hunting expeditions in order to carry extra flamethrower ammo) is fortunately missing, with the emphasis more on exploration, liberating bases (helped by laser-armed scientists) and blowing a lot of stuff up. The game is really a neon-drenched reskin of Far Cry 3 with added laser-firing dinosaurs, and the illusion wears a bit thin sometimes, but it works pretty well. Unlike it's cut scenes and tutorials the game itself doesn't outstay its welcome, clocking in at well under 5 hours in length which is about when the joke starts wearing seriously thin.

Blood Dragon (***) is too superficial a game to really write much about: it's a very violent, vaguely amusing and totally disposable action game which raises a bit of a smile and passes a few hours, but you'll probably have forgotten it even exists in a fortnight. Enjoyable dumb fun, but for the love of everything that is holy, don't even think about spending more than a few quid on it. Blood Dragon is available now as a digital download for the PC, X-Box 360 and PlayStation 3.
Posted by Adam Whitehead at 18:43