The war between the Autobots and Decepticons for control of their homeworld, Cybertron, has resulted in the near-ruination of the planet. Its energon stores are almost gone, with the last few scraps being fought over at tremendous cost. The Autobots realise they have no choice but to abandon their home and search for a new refuge amongst the stars. To this end they have built the Ark, an immense starship, but it is under the threat of Decepticon attack. The Autobots have to power up the ship, protect it from attack and escape, whilst the Decepticons try to stop them and engage in their own internal conflict. 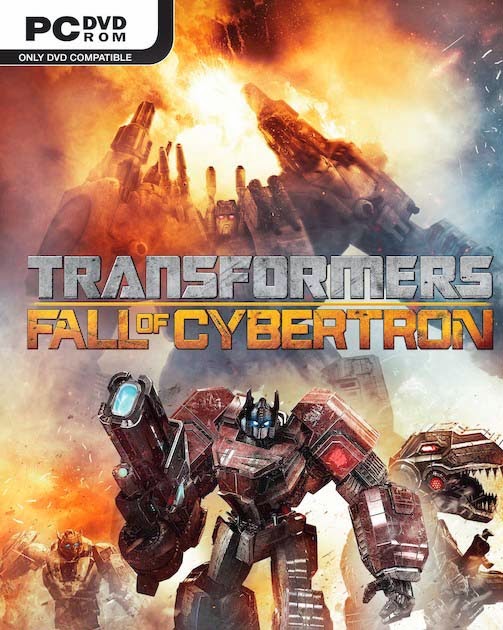 Fall of Cybertron is the sequel to the enjoyable-but-lightweight War for Cybertron and is an improvement over that game in almost every way. Like its forebear, it's a linear third-person shooter which tells a large-scale story involving many characters, with you playing different Autobots or Decepticons on different levels. Unlike its forebear, it's a bit more generous and smarter in differentiating the characters and allowing you to use their full range of abilities.

Part of Fall of Cybertron's appeal is that it takes what is usually the starting point for the Transformers mythos - the launch of the Ark from Cybertron, the subsequent Decepticon ambush and the crash of the starship on prehistoric Earth - and turns it into the grand finale. The build-up to this event is depicted through a series of missions where the Autobots try to get the ship ready for take-off, secure new fuel supplies and fend off Deception attacks, with a series of side-missions depicting the search for the missing Grimlock and his team (the future Dinobots, who get probably their most logical-ever origin story in this game). From the Deception POV, there are a series of missions about trying to defeat the Autobots whilst - as usual - there are internal conflicts and attempts by the treacherous Starscream to supplant Megatron as leader.

The game is heavily focused around combat, although some of the characters (Cliffjumper and Starscream) have more stealthy options available to them. A lot of the time you are fighting in robot mode, diving in and out of cover to exchange fire with enemies, but the game also provides many larger areas where you can switch to vehicle mode for a more mobile experience. The first game was guilty of neglecting the Transforming mechanic (which is a bit stupid), but the sequel makes full and vigorous use of it. Indeed, the one level where you command Grimlock has you limited in being able to transform only when Grimlock gets mad enough (represented by filling a bar by defeating enemies) and then giving you a ridiculous number of overpowered abilities in dinosaur mode. Another sequence has you controlling the gigantic Decepticon Bruticus and smashing your way to victory.

The game also maintains interest by providing a series of massive set-pieces. The game is limited in the freedom it gives you to change or alter the storyline (you get two slightly different endings depending on whether the Autobots or Decepticons get the upper hand in the battle for the Ark but that's about it), so it makes up for that by making the combat fun and by making the levels as memorable as possible. One sequence has you alternating between the Combaticons as they work together to take down a bridge to block an Autobot transport. Another features you as Cliffjumper infiltrating a ruined party of Cybertron and taking down enemies through stealth attacks. Jazz takes part in a combat mission using a physics-based energy grapple, whilst Optimus Prime has to fight his way through enemy lines by lighting up targets for the massive Autobot Metroplex to destroy. The designers work hard to provide big, epic moments at every point of the story (some shamelessly cribbed from the comics, TV series or, especially, the 1986 animated movie) and generally pull it off. Long-term Transformers fans will likely play through most of the game with a big grin on their faces. 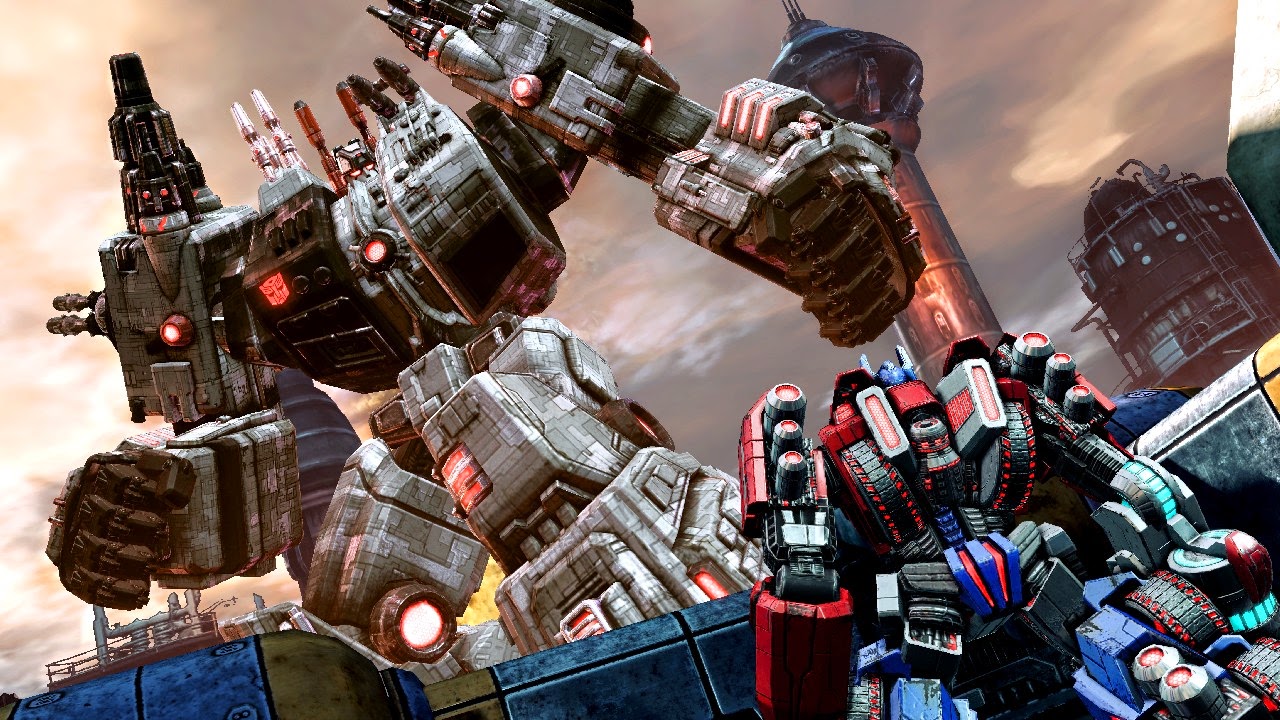 The game's biggest success is the depiction of the battle for the Ark. Ususally depicted as a one-sided massacre, the game turns it into a furious battle in space, on the hull of the ship and inside its decks. The POV switches rapidly from Soundwave boarding the ship with his cassette warriors to take down its main guns to Jetfire shooting down grappling hooks outside to Bruticus smashing his way along the hull to Jazz trying to take him down, and finally to a brutal slug-fight between Optimus Prime and Megatron. As final missions go, it's exceptionally good, despite the massive cliffhanger ending.

The game still has some drawbacks. Whilst the stealth sequences and the sequences where you play as overpowered killing machines break up the third-person shooter scenes, you still spend a lot of the game exchanging fire with distantly-glimpsed enemies down corridors. It's also highly unclear what half the weapons in the game actually do (due to some uselessly non-descriptive names). There's also an upgrade system which never really feels that necessary to use.

The drawbacks are fairly minor, however. The game is fun, makes much more interesting use of the licence than its predecessor and has a great, pulpy storyline. More recent fans of the franchise may miss a whole host of Easter Eggs, but old-school Transformers fans will enjoy the tons of references to the many different incarnations of the franchise. If there is a major problem, it's that the game ends on a cliffhanger which is not likely to be resolved any time soon: the planned third game in the series has been turned into a tie-in with the upcoming new Michael Bay movie and won't resolve the story at all.

Email ThisBlogThis!Share to TwitterShare to FacebookShare to Pinterest
Labels: fall of cybertron, transformers, war for cybertron