Two of the most influential names in gaming celebrated anniversaries this week. 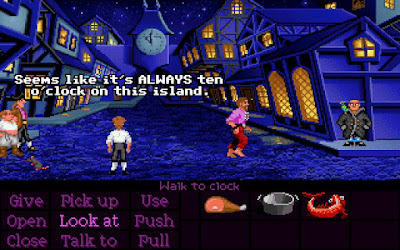 It's been ten o'clock on Melee Island for twenty-five years now...

The Secret of Monkey Island went gold on 2 September 1990 and hit shops a couple of weeks later. It was the latest in a series of graphical adventure games released by LucasArts using the SCUMM Engine. The previous games using the engine - Maniac Mansion, Zak McKraken and the Alien Mindbenders, Indiana Jones and the Last Crusade and Loom - had all been successful, but The Secret of Monkey Island was bigger still. It may still be the funniest video game ever made, as well as one of the cleverest, with some exceptionally fiendish puzzle design and the excellent idea of insult sword fighting still resonating today.

The same team made the superior sequel, Monkey Island II: LeChuck's Revenge, but then began leaving the company. The Curse of Monkey Island (1997) and Escape from Monkey Island (2002) were made by different teams and are not counted as wholly canon (although Curse has numerous fans). Ron Gilbert, the main creative force on the first game, talks about the original game's release here and how he would handle a third canon Monkey Island game here. Gilbert is currently working on a SCUMM-esque retro adventure game called Thimbleweed Park, which he hopes to release next year.

You can play The Secret of Monkey Island and Monkey Island II today, using special editions which allow you to either play in "classic" mode or with revamped, modern graphics. 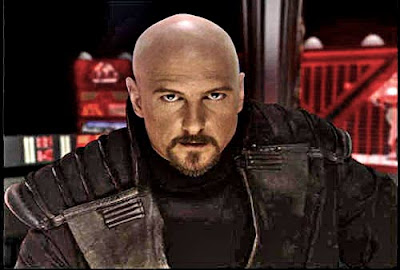 Westwood couldn't afford a lot of actors for C&C's cut scenes, so drafted in their staff to help. Joe Kucan, the director of the cut scenes, became the game's bad guy, Kane, inadvertently creating (arguably) the most iconic non-pixellated bad guy in video games.

Meanwhile, it is also the twentieth anniversary of the release of Command and Conquer. Developed by Westwood games and released on 31 August 1995, Command and Conquer had a huge impact in the way it popularised the real-time strategy genre. The same developers, Westwood, had effectively created the genre with Dune II: The Battle for Arrakis in 1992, but that game had problems with the player only being able to select one unit at a time. C&C allowed for entire armies of mixed units to be assembled and used to attack the enemy en masse. The game was also influential with its elaborate cut scenes and the focus on a narrative, the battle between the Global Defence Initiative (GDI) and the terrorist Brotherhood of Nod for control of tiberium, a potent energy source brought to Earth by meteorites.

The game was followed by three direct sequels: Tiberian Sun (1999), Tiberium Wars (2007) and Tiberian Twilight (2010). However, the game also spawned two spin-off universes. The more famous of these was the Red Alert series, which used time travel to create a series of conflicts between the Western Allies and Soviet Union (and later the Japanese Empire). The Red Alert series is considerably sillier and camper than the core series, but is also arguably superior, with better units. This sub-series consists of Red Alert (1996), Red Alert 2 (2000) and Red Alert 3 (2008). The second spin-off was Command and Conquer: Generals (2002); a sequel/reboot was in development before being canned a couple of years ago.

The influence of the C&C games can be seen and felt in all the RTS games that followed, from StarCraft to Homeworld to this week's Act of Aggression (a self-aware homage to the original series), even if EA has seemingly abandoned the franchise.

You can get most of the C&C games on Origin.
Posted by Adam Whitehead at 17:03