Former racing driver-turned-undercover cop John Tanner has put his arch nemesis, Charles Jericho, behind bars. When Jericho is sprung from a police van on his way to trial, Tanner responds to the call but is severely wounded in a car crash. Tanners wakes to find himself suddenly blessed with the ability to 'possess' any driver in the city and take over their car. He sets out with his newly-acquired power to stop Jericho from carrying out his next masterplan: a terrorist attack on San Francisco. 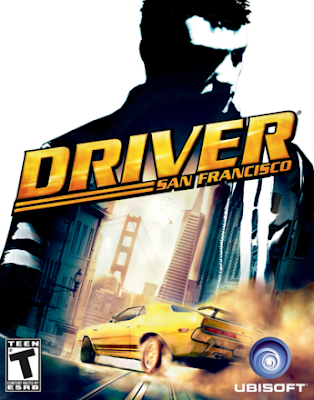 The Driver series began back in 1999 on the original PlayStation. Clearly influenced by the original Grand Theft Auto but casting the player as a "good guy", the original Driver was a fun game that mixed racing and crime-solving. Driver 2 and 3 made ill-advised detours into aping the Grand Theft Auto model of letting the player get out of their car, something the series did not excel at. With this fifth entry in the series (a narratively unrelated spin-off, Parallel Lines, separated the games), the developers have made the wise decision to refocus on driving.

Along the way they developed quite a nifty idea: at almost any time, the player can "shift" into another driver in any other car anywhere else in the entire city. This gives players a lot of freedom in how to approach missions: you can defeat an enemy by shifting into another driver and total their car in a head-on crash.

It's a clever mechanic, constantly and cleverly developed as the game proceeds, but it's one that's quite hard to justify through exposition. So the game goes down the same route as the original, classic British TV series Life on Mars: Tanner is actually in a coma and (almost) the whole game unfolds in his head, the real-life search for Jericho filtering through to Tanner's consciousness via the TV news left on in his hospital room. It's stark-raving bonkers, to the point where you can't quite believe that Ubisoft went for it, but they did and it results in a game that almost gleefully engages with its own goofiness, all the more amusing for doing it in a very serious and well-known franchise. 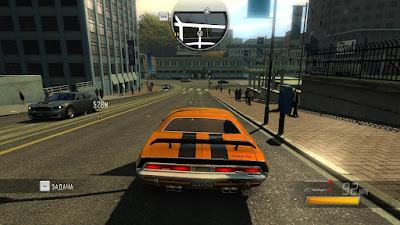 The story is dumb as a box of frogs but told entertainingly, complete with TV-like "Previous, on Driver: San Francisco" segments between groups of mission and a cast of entertaining characters. The driving model is pretty decent, with the various cars having different strengths and weaknesses. Traditional video game conceits - upgrades, unlockable vehicles and collectibles - are justified as being the products of Tanner's warped and comatose mind.

The game also has fun with side-missions, some generated when Tanner jumps into particular vehicles in the city. Some of these are great, such as the two students who need to win a race to get money for college but Tanner's outstanding skills inadvertently see them recruited by a gang to race for them. Tanner only intermittently drops in on their story, and it's quite funny seeing what mayhem they've been up to inbetween his visits. Other activities include races where you have to switch between two cars and get them to not just win, but finish in a particular place which is fiendishly tough but satisfying when you accomplish it.

I wouldn't have recommended Driver: San Francisco (***½) at full price, but given that it came out six years ago you can now pick it up for pennies. It's a fun, undemanding and goofy game that is a fun, disposable and enjoyable way of filling up time between heavier and longer games. It's available now on PC, X-Box 360 (UK, USA) and PlayStation 3 (UK, USA).
Posted by Adam Whitehead at 18:57