New on my Patreon: A HISTORY OF MIDDLE-EARTH

My Patreon page is now hosting a new essay series, A History of Middle-earth. This is pretty much what it says on the tin, a history of J.R.R. Tolkien's legendarium. The first phase is the fictional history of the continent of Middle-earth and the world it sits on, Arda, and will be followed up by an account of the conception, creation and writing of the Middle-earth series. My plan for this series is one new article every weekend. Parts 1 and 2 are now up, charting the history of Arda from its creation to the Battle of Sudden Flame and the breaching of the Siege of Angband. 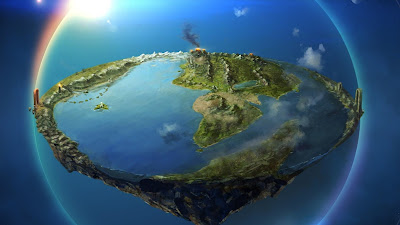 The Cities of Fantasy series will also continue, but this now going to be a much more irregular project than I first envisaged. Both series will be Patreon exclusives (for $1 Patrons and upwards) for one month before being republished here on the Wertzone.

The Babylon 5 rewatch project is the next big Wertzone project and that should start in the next week or so, first with a couple more articles on the B5 universe before we begin with the pilot episode, The Gathering. Interestingly, this will be the very first time I've ever seen the revamped, "special edition" of the pilot episode from 1998. Looking forwards to seeing what they changed in it.

As usual, if you want to give some support to the site and all my blogging efforts, you can also hit up the donation button in the top-right corner of the blog for a one-off contribution. At the moment contributions are going towards my trip to WorldCon in Helsinki in August, which hopefully should give up some new stories and interesting developments (and yes, I'll ask George when he hopes to finish The Winds of Winter and no, I don't think he'll give an answer).

Thanks to all my readers and followers. You guys continue to rock!
Posted by Adam Whitehead at 11:52

Really looking forward to this!