American actor Martin Landau has sadly passed away at the age of 89. 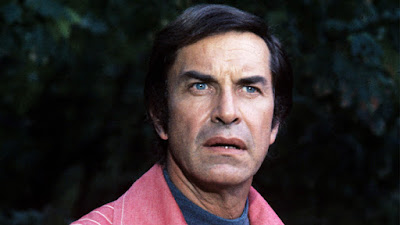 Landau was an actor with a long and storied Hollywood career, making his major film debut in North by Northwest (1959). In 1966 he began appearing on the television series Mission: Impossible, first as a recurring guest star and then as a series regular. Given that he was still getting Hollywood film roles, his decision to regularly appear on TV, limiting his movie exposure, was unusual for the time. Mission: Impossible ended in 1973, but Landau was almost immediately recruited to star as Commander Koenig on Gerry Anderson's Space: 1999, which ran for two seasons from 1975.

Landau made a career comeback in the late 1980s, earning Academy Award nominations for Tucker: The Man and his Dream (1988) and then Crimes and Misdemeanours (1989). Wood Allen, who directed him in the latter, was enthusiastic about Landau's skills and his professionalism and reliability to deliver the material.

Landau finally won the Oscar for his portrayal of Bela Lugosi in Tim Burton's Ed Wood (1994). Landau watched two dozen of Lugosi's film and became a huge fan of his work, inspiring him to reach deeper to deliver a more worthy performance. In 1998 he also appeared in the first X-Files film.

Landau continued to work right up to his death, earning Emmy nominations for appearances on Without a Trace and Entourage. An actor of range, depth and intensity, capable of playing both standard leading man roles and more artistic, offbeat ones with equal relish, Landau was a tremendous talent, and will be missed.
Posted by Adam Whitehead at 21:51