Amazon have announced a slate of new, high-profile projects of interest to SFF fans. 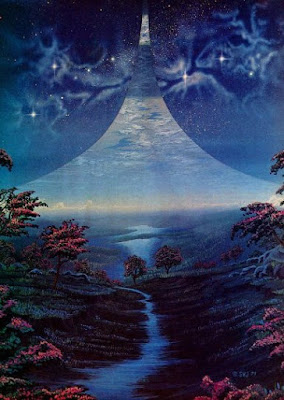 The titular Ringworld is a massive artificial structure which completely encircles a star, having the surface area of three million Earths. In the first novel the Ringworld is discovered by the bewilderingly alien Puppeteers and a low-key reconnaissance mission is sent to investigate the structure. The mission goes wrong when the ship is shot down by the Ringworld's asteroid defence system and lands on the surface, with the crew discovering that the inhabitants of the Ringworld have become primitive and are unable to help them repair their vessel. Later books in the series see the Ringworld's existence became more widely known.

The Ringworld is a (somewhat) more practical version of the classic SF Big Dumb Object, the Dyson Sphere, although it is still ludicrously huge. Iain M. Banks later created considerably more practical versions of the Ringworld, merely 3 million kilometres in diameter. The Halo video games, drawing on inspiration from both Banks and Niven, postulated the existence of rings just 10,000 km in diameter. Terry Pratchett famously satirised the Ringworld series (and the entire Big Dumb Object subset of SF) in his 1981 novel Strata, which went on (after a fantasy rewrite) to spawn the Discworld series.

The Ringworld novels are part of a much larger future history known as the Known Space universe. If the Ringworld series is successful, it is possible that other elements from this series will be brought into play. 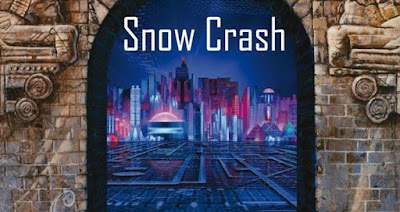 Also in development is a series or mini-series based on Neal Stephenson's 1992 novel Snow Crash. A cyberpunk novel (or a pastiche of cyberpunk), the book focuses on a pizza delivery boy named Hiro Protagonist who discovers a conspiracy which threatens humanity. The story takes in cyberpunk themes but also ideas about language, the origin of modern human consciousness and cognition. Hollywood has shown an interest in Stephenson for a while, as his books are bestsellers, but has struggled to find ways of adapting his massive and complex stories for a wide audience. Snow Crash, being a relatively short and approachable book, is the first attempt to bring his work to a visual audience. 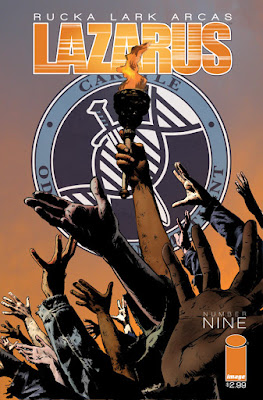 Also in development is Lazarus, a futuristic thriller based on the comics written by Greg Rucka (Gotham Central). The story is set in a world dominated by sixteen families, who have turned future Earth into their domain. The families use a representative warrior known as a Lazarus to fight on their behalf, ending disputes without the need for costly wars. Forever Carlyle, a Lazarus, begins to question this system and the bleak, dystopian world it has engendered.

All three projects are officially "in development" with Amazon to decide on which (if any) to formally greenlight.
Posted by Adam Whitehead at 20:21