George R.R. Martin's 1980 novella Nightflyers has been greenlit as a TV series by SyFy. SyFy are currently producing a pilot based on the novella and the network were impressed enough to give a full series order. Netflix is also getting involved early, negotiating both international distribution and second-run rights in the US. This may be in response to its much-derided deal for SyFy's The Expanse, which seemingly (and nonsensically) requires that several months elapse between the US release and transmission elsewhere in the world. 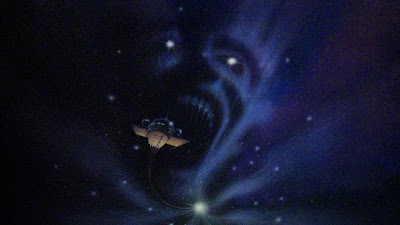 Martin's novella was previously adapted as a forgettable, low-budget movie in 1987. The story, set in Martin's Thousand Worlds setting, sees an advanced starship and its crew drawn into a possible conflict with both a malevolent AI and a mysterious alien creature.

Martin is not involved with this new TV project, as his contract with HBO for Game of Thrones means he can only develop new projects exclusively with them for the next few years.
Posted by Adam Whitehead at 19:35