HBO has announced more castmembers for its Game of Thrones spin-off prequel series House of the Dragon. 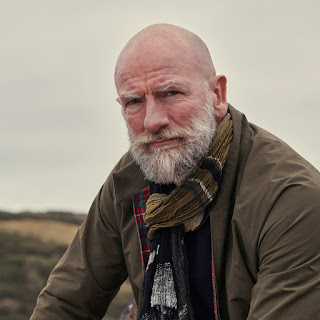 The big news is official confirmation that Scottish actor Graham McTavish has joined the cast as Ser Harrold Westerling of the Kingsguard. McTavish will be familiar to genre audience from roles in Outlander and the Hobbit trilogy, though old-skool SF fans will recognise him from the eighth season of Red Dwarf way back in the day.

An amusing bit of casting is that Jefferson Hall, who briefly played Ser Hugh of the Vale in Season 1 of Game of Thrones, has been cast twice in House of the Dragon. He will be playing Lord Jason Lannister of Casterly Rock and his twin brother Tyland Lannister. Meanwhile, David Horovitch will be playing Grand Maester Mellos, the king's trusted advisor.

Gavin Spokes has been cast as Lord Lyonel Strong, Lord of Harrenhal and Master of Laws on the King's small council. Ryan Corr will be playing his eldest son, Ser Harwin "Breakbones" Strong, whilst Matthew Needham will be playing his younger son, Larys Strong. The Strongs are a powerful and influential family at King Viserys' court.

House of the Dragon begins almost 200 years before the events of Game of Thrones, with the Targaryens as the undisputed rulers of the Seven Kingdoms. King Viserys Targaryen has ruled peacefully and well for many years, training his young daughter Rhaenyra to succeed him. However, a late second marriage and the arrival of more children muddles the line of succession, as does the reckless behaviour of the king's brother, Prince Daemon. Despite the king's best efforts, the threat of civil war seems to grow...at a time when House Targaryen and its allies control no less than seventeen dragons.

House of the Dragon is currently shooting in the UK and is expected to wrap before the end of the year, to debut in the spring or early summer of 2022.